The Patton’s Third Army Living Historians has never been so well received as we were for the 13th Armored Division reunion held in Dallas at Sheraton Grand DFW Hotel 4440 W. John Carpenter Frwy. Irving, TX 75063 www.sheratongranddfwairport.com. The display, historical slide presentation and our Patton Show received two standing ovations by the 13th AD on two separate occasions on Saturday October 15 2011. 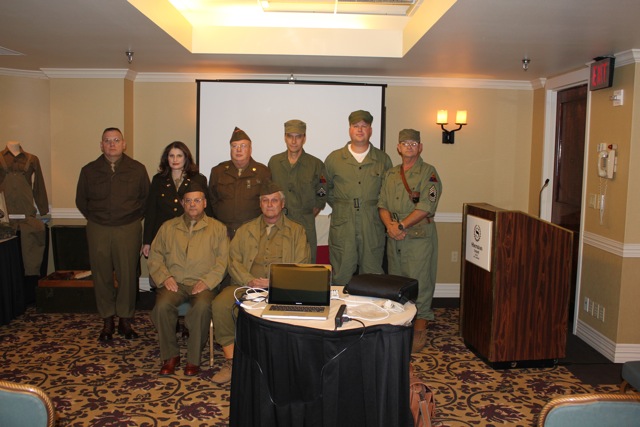 The appearance of General Patton was to be a complete surprise to the 13th Armored Division and they were told only that we were a group of historians invited to tell the history of the 13th Armored division and their part in Patton’s Third Army. 3rd Army’s members in attendance were Texas contingent, M.Sgt. Michael Maloney, TSgt. Bill White, Cpl. Dan Vreeland, Pvt. Michael Ditto, and wife Lynn, Chaplain Kenneth Stewart and Lt. Francine Stewart and General Patton (Denny Hair) drove in. Col Ray Marino flew in from Chicago.

1 pm to 3 pm 13th Armored Division Historical Presentation
The 3rd Army Living Historians were asked to keep the Patton Show a secret for this part of the event and give a historical overview of the 13th AD and 3rd Army. The historical presentation was part display, part lecture, part power point slide show and part show in tell. The combination was so well done it captivated the well over 100 plus in attendance and brought back great memories of World War II. So not to give anything away we all dressed with no rank and gave the presentation free of any trappings of General Patton. 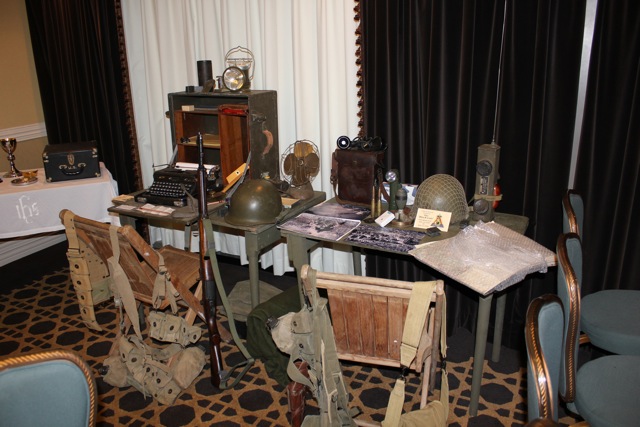 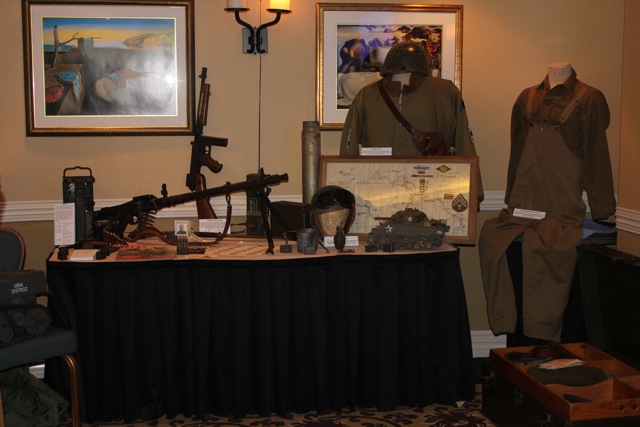 There were many kids and grand kids of the veterans who attended and all said they learned a lot and had a great time. The veterans went by the displays and told their loved ones how they remembered many of the things in the display.

Cpl. Dan Vreeland reproduced post cards of the period telling about the 13th Armored “Blackcats” Div. They were so popular that he gave all he had made away to them.

He also gave an impromptu talk on the GI footlocker that was well received and got both applause and laughter as he explain briefly about GI briefs. 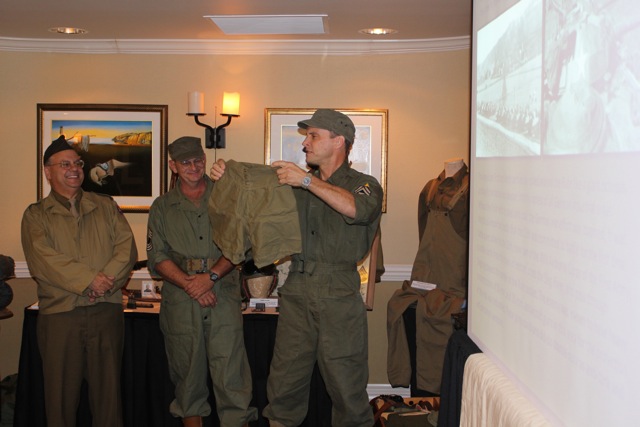 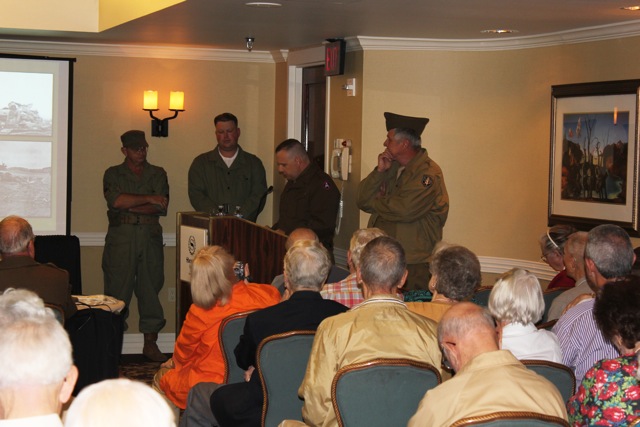 Denny Hair did the historical power point presentation as Ray Marino help. Lt. Francine Stewart and Lynn Ditto were pressed into service as Third Army Photographers. It is these “volunteered” ladies’ photographs that are attached to this AAR of the event. They did a magnificent job! 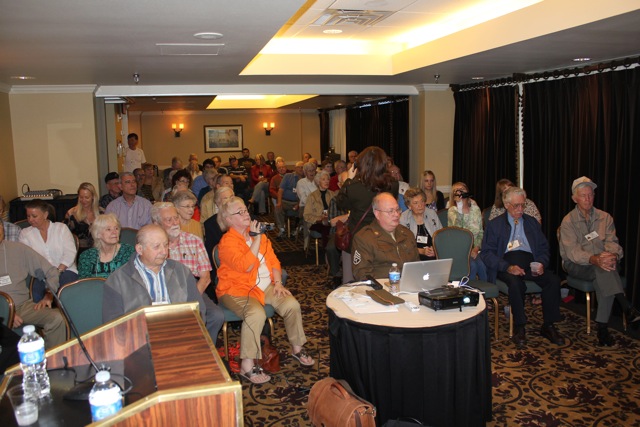 This was a complete surprise. There were close to 200 in attendance and they had no idea that General Patton and his 3rd Army would be coming to the banquette. Just after the serving of the main dish, the lights dimmed and a siren began to howl. This was our cue to enter. We want to thank Lt. Stewart and Lynn Ditto for pulling off the entrance for us with the lights and siren. It went letter perfect. The audience looked around and had no idea what was going on. The door burst open, M.Sgt. Maloney called the room to attention and in walked the 3rd Army MP Honor Guard and General Patton. Immediately an applause went out, salutes were exchanged and the Patton Show began. The MP’s milled throughout the crown with their Thompson Sub machine guns and M1 Garands affixed with bayonets. The 13th AD were mesmerized, as we were told later. Parts of the Famous Speech were given and then the veterans were addressed as the 13AD had honored as the true heroes they really are.

Afterwards we all posed for photographs. This lasted quite awhile as everyone wanted their pictures taken with the 3rd Army Historians. When the veteran group shot was taken, the veterans asked us to be in their picture. This was a high honor for us to be included in this photograph.

A Special Commendation goes out to Col Ray Marino had worked tirelessly on getting us this opportunity for over a year and his efforts paid off. When he was able to explain to Jo Ellen Bender what we were all about, she saw the web site and talked with the General, no other would have done. Her parting words to us was to please use her name and recommendation and that she would spread the word that we were the ones to call for anything to do with General Patton and his Third Army.

If you missed this event you missed a world class event, as we were told by some of the 13th AD participants.