These pictures on this web page are extremely rare and were taken with permission of the US Army. Note: all of the pictures on this page have embedded watermarks and pattonthirdarmy logo. You do not have permission to use these photographs. The actual Hospital complex is located on a restricted to military personnel area in Heidelberg , Germany and is open to US Army Personnel and those with permission to be there. There are no real secrets hiding in or near the hospital but the base is restricted so pictures are seldom taken as they are simply, to most, an old hospital. However, to military historians and those who love to read and study about General George Smith Patton Jr., these pictures represent the first time, to my knowledge, that the pictures have been published. Originally, this hospital was a Germany Army Cavalry post and housed both the men’s barracks and horse stables. The horse stables were located on the ground and lower floors. During WWII these barracks were captured and converted to hospitals and the 130th Station Hospital was located in this hospital. On December 9, 1945, the hospital received it’s most famous guest. General George S. Patton Jr.

I have placed on this web site the current pictures of the hospital hallway, the memorial display and the interior of the room he died in. Of some interest too is the downstairs or basement area of the hospital that is now office space, among other things. The round curvature of German and european horse stables can still be seen on the interior walls. This is significant as author lends credence to the historical nature of the building being a cavalry training school.

The Heidelberg Hospital that once housed the German cavalry school has been renovated several times as is simply a modern day military hospital with modern facilities and trained hospital personnel going about their everyday assignments. The General Patton of World War II is remembered as an American Hero, as he should be, each year at the hospital but there is little outward signs of him or the hospital that saw his final hours of life. 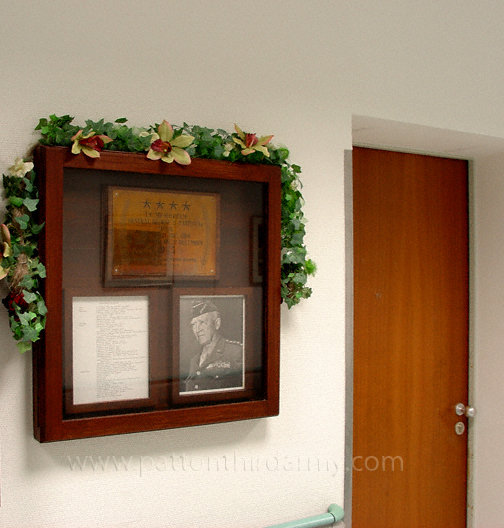 This in the entryway that leads to the room that Patton spend his last hours in. Room 110m lies behind this door as there is a false wall between the room and this door. The Memorial to General Patton is simple but highly effective as it reminds everyone that General Patton passed through here all those many years ago. 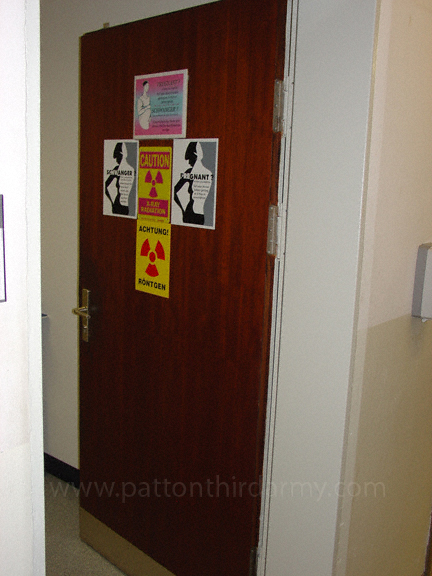 Since there all many people who want to see the room, maybe this will help them see it as it is today and imagine how it might have been when General Patton spent his last days here.

Click on the individual image to see a larger version. 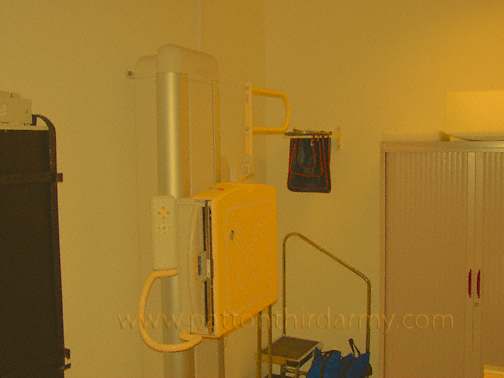 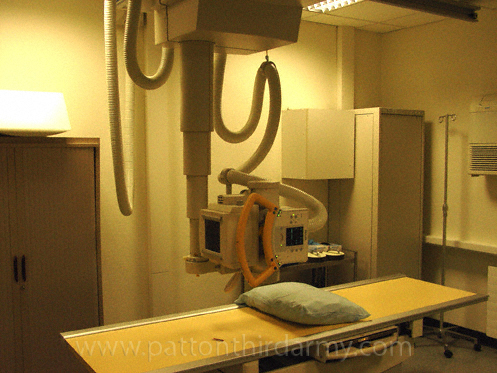 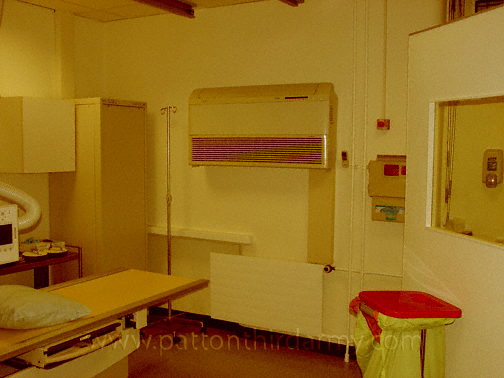 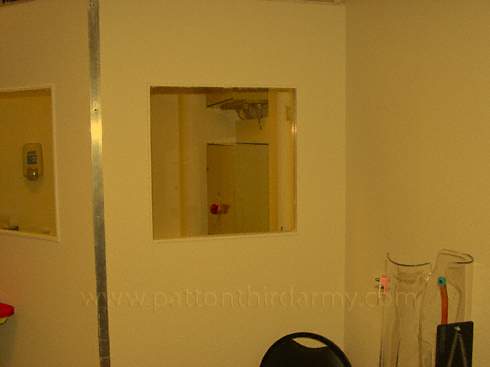 Two final notes on the Hospital 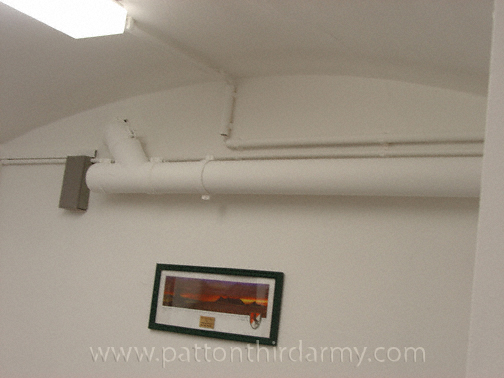 This is the ceiling of a room on the basement floor that is an office for one of the officers assigned to the hospital. Notice that it still has the curvature of the possible stable it once was. It is in a room very much like this one General Patton was placed pending his removal for burial. 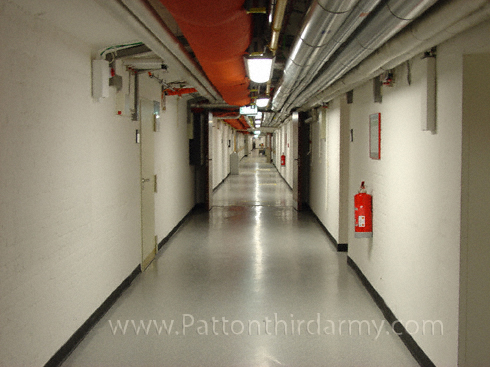 This is a shot of the basement hall way of the hospital as it exists now. It would have once been a riding area or entrance to stables prior to being converted to a hospital. It is in one of these offices that Patton’s remains were laid prior to burial.

And there you have it. I look at the modern hospital that will forever be a place known for Patton’s last battle over life and death before he passed away and went be with the Lord. I have taken the time to place all of this information about General Patton’s Hospital room because it has become a place historians and Patton fans have wanted to visit but is closed to the public. I hope by providing these pictures, with permission of the U.S. Army, I have allowed access to one of the areas people are curious about but could not see in person. This pictures are watermarked and you do not have permission to use them. They are provided here on the web so you might see them.

If you have any questions I can be contacted at denny@mssblue.net .