A Tribute To Chaplain Matthew Nethercutt

Matthew Nethercutt passed away in July 17, 2019. In combat he was injured and his leg would later have to be amputated. He suffered pain for many years but never complained. It is believed a clot, many years from the injury, appeared unexpectedly  and took his life,  and he will be forever missed from our ranks of living historians.

At Chaplain Nethercutt’s funeral, he wanted his favorite saying, I am a soldier of the Army of God.

Here it is as he wanted it shared. 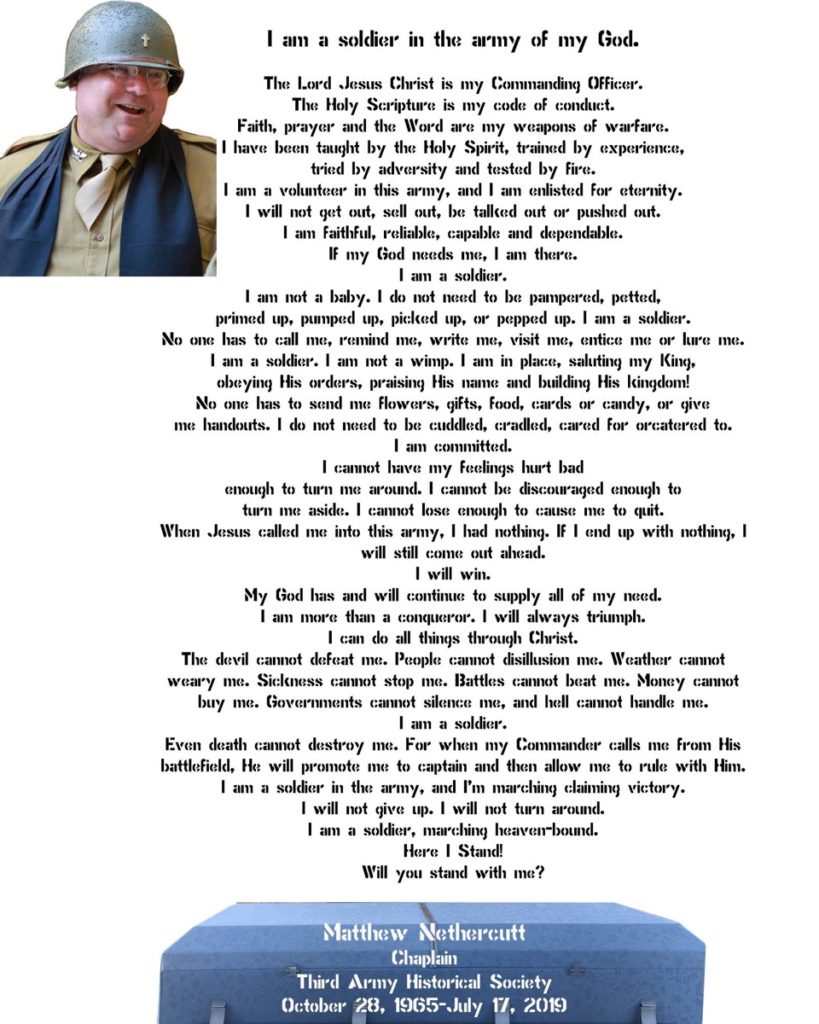