Third Army put on its first major Midwest Village Museum appearance with General Patton!  The event at Midway Village Museum is one of the Midwest’s largest events with over 1000 participants from 40 states representing soldiers from the United States, Great Britain, France, Poland, Ukraine, Soviet Union, Japan, Italy and Germany.  The event site includes battle locations in open fields, wooded locations, and a small village.  Further, units who attend are able to choose from an open area display or create an outpost display.  Rockford is no stranger to WWII history, as it was home to the former Camp Grant – a WWII induction center, POW camp, and separation center.

Planning for Third Army to attend the event began with Jones Lt. Col Jones coordinating with the event staff for a location for Third Army to set up. With all preparation activities completed, General Patton’s equipment was shipped to Wisconsin and arriving safely at Jones’ house.  Third Army’s first elements arrived at the event site on Thursday, September 19th in the early afternoon for set up of the War Room tent and coordination of the lodging for General Patton.  Set up was completed in the late afternoon, and the team was able to walk around and meet other event attendees.  By 18:30, General Patton and Col. White had arrived settling in their hotel room and some last minute coordination with Jones. 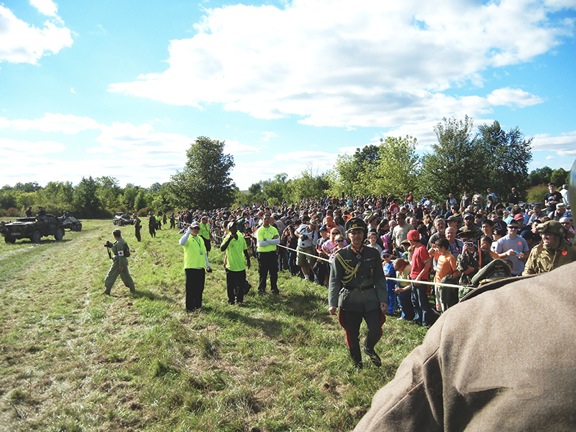 On Friday morning at 09:00, 20 September, the majority of the Third Army members attending, a formation was held in which S/Sgt Coulter of Company A, 503rd Military Police was promoted to 1st Sergeant of Company A, 503rd MP Battalion.  After the formation, the Staff members continued working on the War Room map boards and finalizing the briefings in preparation for school tours scheduled for the day. 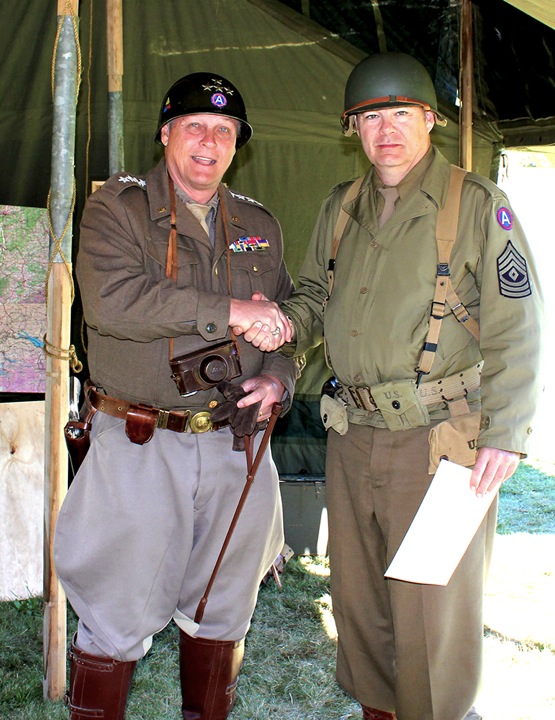 Upon the arrival of the students, General Patton began addressing and visiting with the various student groups.  Meanwhile, the members Company A, 503rd MP Battalion provided security area around the War Room, and the Staff Officers coordinated for the Staff Briefings on Saturday and Sunday. All day long and into the evening, school and tour groups continued to arrive to see and hear General Patton. 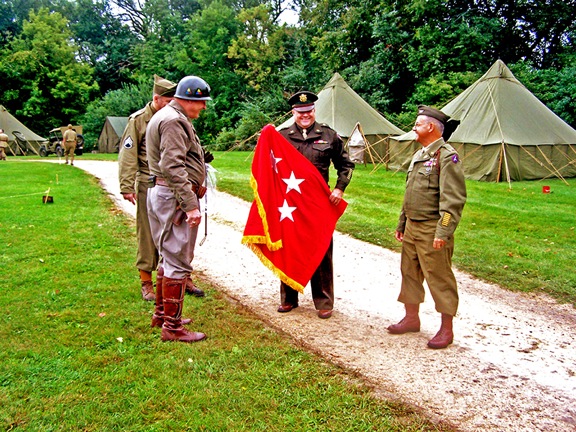 As a special treat, the first appearance of Dave Davis as General Eisenhower provided Third Army the opportunity to provide a display with perspective from both the Army and Theater levels.  Final tours were completed at about 2045 hours Friday evening. 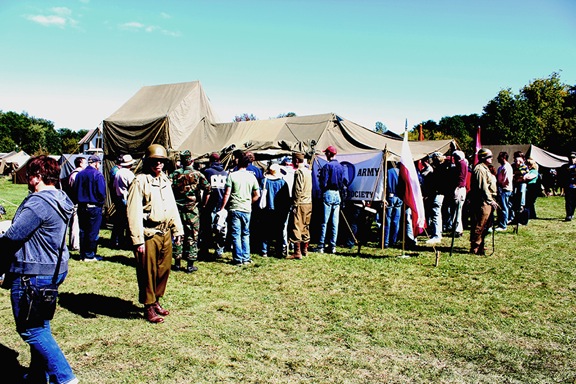 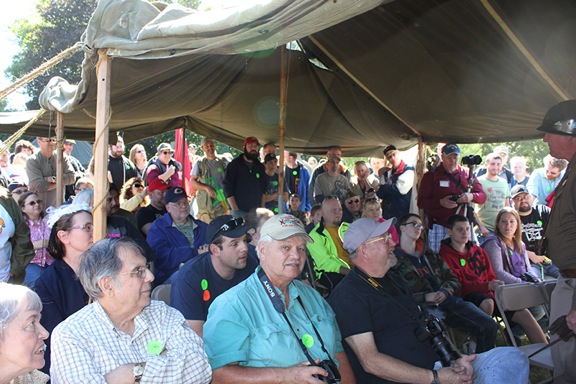 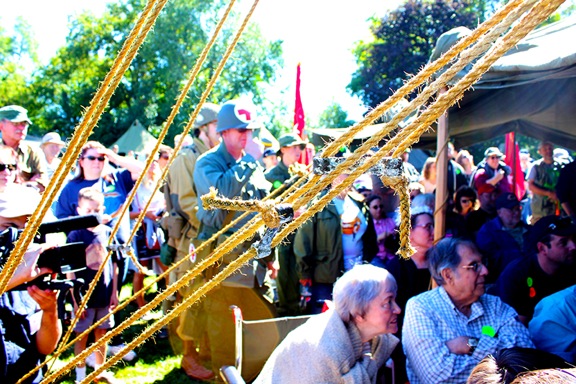 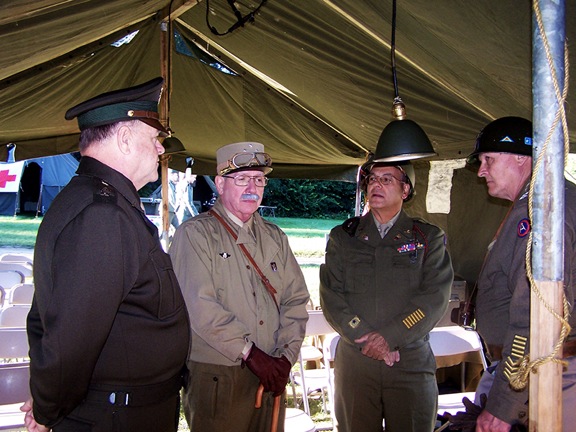 On both days, the Staff presented briefings to Generals Eisenhower, Patton, and French General LeClerc, the Commanding General of the French 2nd Armored Division. These briefings were also attended by numerous Park visitors, who after the formal portion of the briefings by the Staff, were permitted to ask questions of General Patton. The briefings and press conference were an immense success and greatly accepted by the Park visitors.  Generals Eisenhower and LeClerc also fielded questions from the Park visitors related to their impressions or specifics related to their respective organizations. 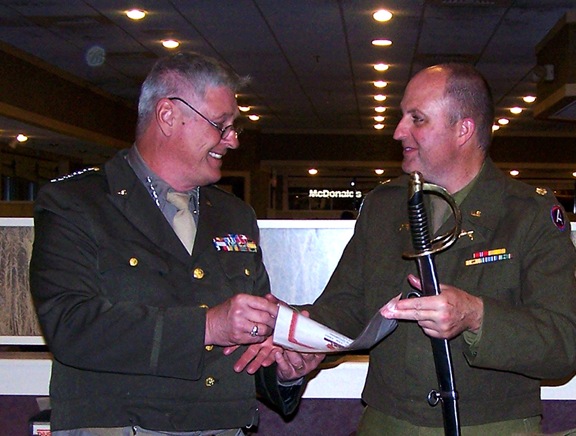 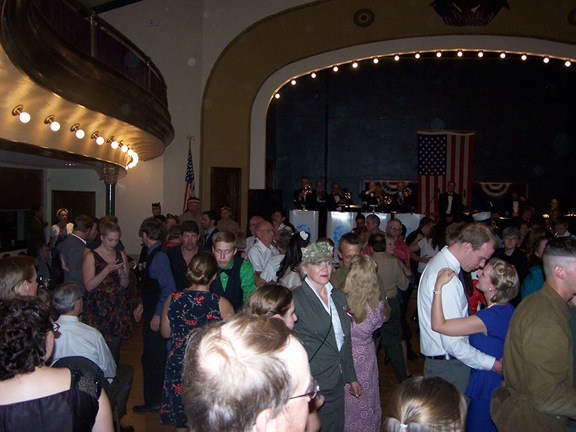 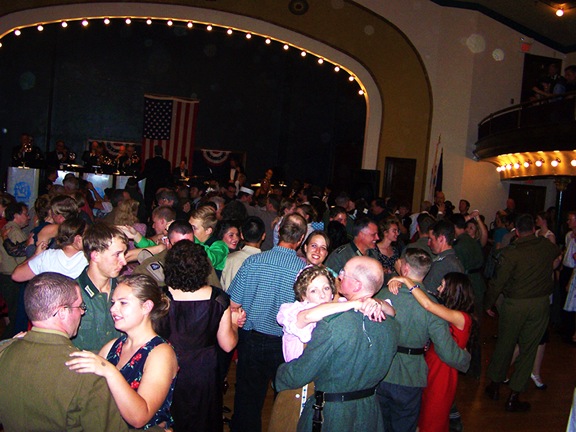 Later Saturday evening, most of the unit members, including Generals Patton and Eisenhower, attended a swing dance at the Memorial Hall in downtown Rockford. This dance was vigorously attended by event participants and citizens of Rockford. While we were there, many Third Army members showed their ability and skill on the dance floor. 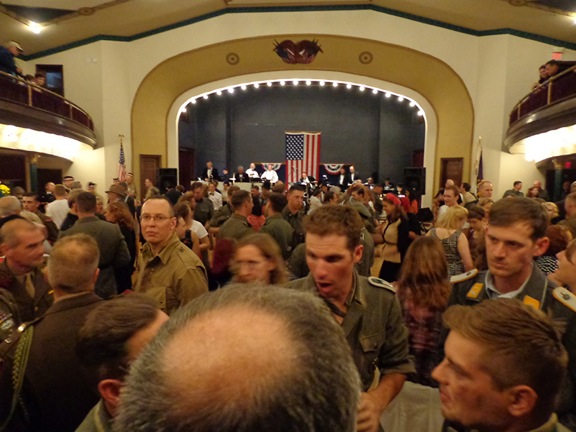 The Rockford event was a great success for Third Army, with excellent exposure to the general public with over 8,600 visitors at the park over the entire weekend.  A park employee mentioned to Lt. Col. Jones that many visitors came to the Park to see General Patton and Third Army, as the employee said he had been asked by some visitors, “Where is General Patton,” and he directed them to the Third Army display site.  Further, the weather over the weekend was fantastic, in the low 70’s during the day, and around the mid 40’s at night.

Since the event, Third Army has been contacted by the event coordinator stating how pleased and impressed he was with Third Army, and hoped that General Patton might attend next year’s event.  While it is impossible to thank all who were involved in Third Army’s attendance at the World War II Days event individually, General Patton has stated that there was an overall excellent performance by Third Army and appreciates the assistance by our supporters. 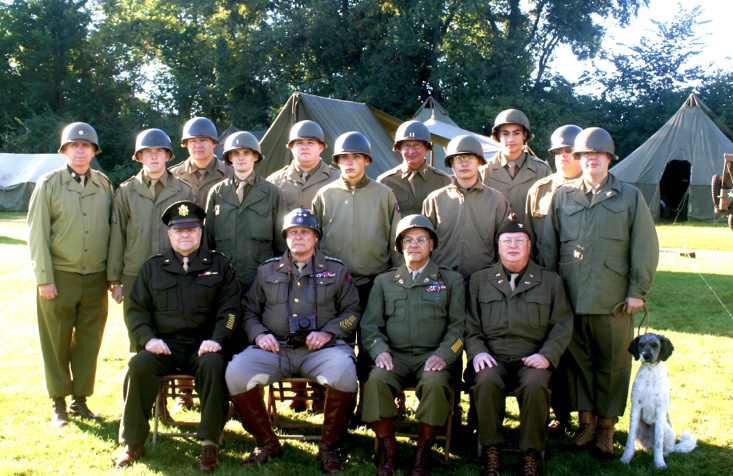 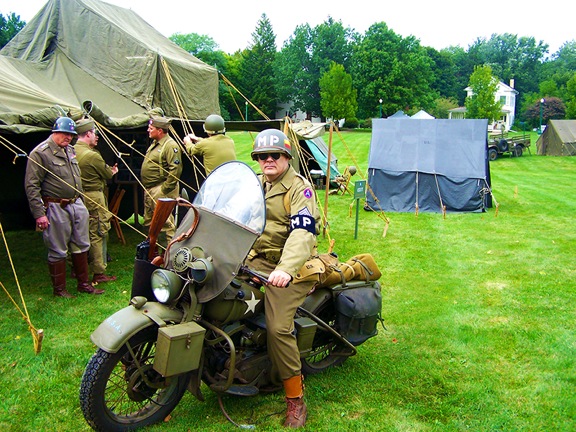 This event was so well attended by Patton’s Third army’s National contingent and by the public, it was impossible to put all the images on the web page. What we did do it put them under the below links so you could enjoy and see all who participated.