Like everything else in WWII, the supply of original flashlights is almost gone.

What was once cheap and easy to find have become scarce, highly collectable and valuable.

They will do nothing but go up. These are for static background props and not to be used in filming combat scenes, as they are almost impossible to replace.

A brief  history of the L Shape flashlight revels they were mage by Eveready and a few from other manufactories.

The early ones were made of brass and were labeled on the side as TL-122. It is painted OD. 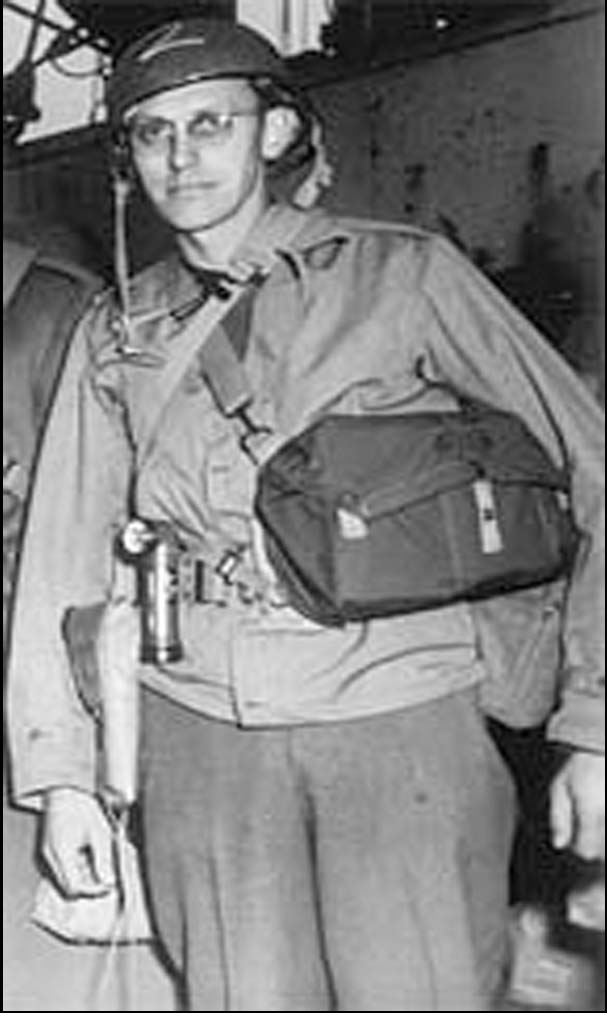 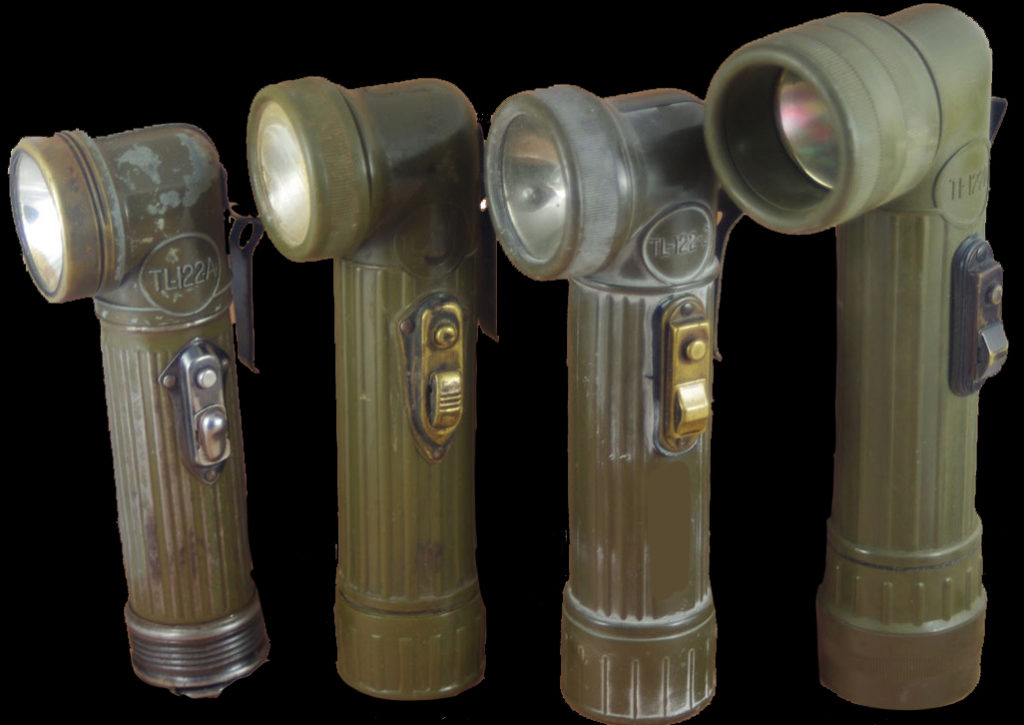 We also have some oddly colored flashlights that may have other uses than military during WWII. 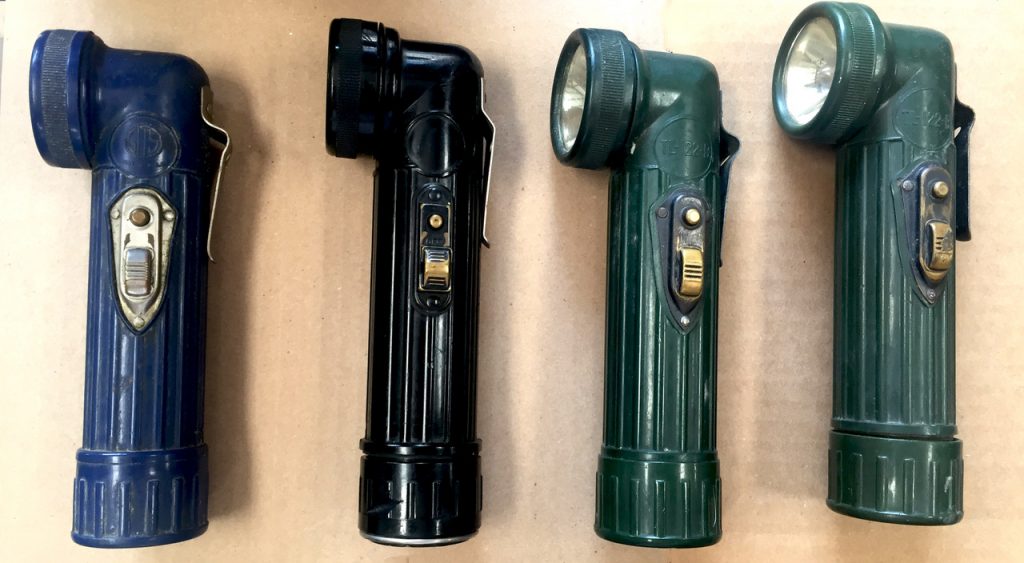 There were thousands made in WWII and as material changed they were made from plastic. The designation changed and on the side they are marked TL-122A through TL-122 D.  These are growing very hard to find and pricy when sold. Ours are not for sale. Many still work

The TL-122 in its various forms was manufactured by various U.S., Italian, and British contractors for the USA, British, Italian, and French military forces. Four versions of the TL-122 were eventually developed, all utilizing exposed slider-type light switches (no switch guard) TL-122. Original model with #14 screw-base bulb based on the Eveready Model No. 2697.Manufacturer’s name (Eveready, Niagara) stamped on base of housing.

TL-122-A.Introduced in 1939. Like the TL-122, the TL-122(A) used a housing made out of stamped brass (later changed to plastic as brass became a strategic material after US entry into WWII). Manufacture’s name (Eveready, Niagara, USALite) stamped into base of housing. Olive drab painted housing with blackened metal screw caps over the lens and the base. Featuring improved waterproofing and a brighter PR-9 flange base bulb, the TL-122A entered service in 1939, and was designed to fit armored vehicle flashlight brackets 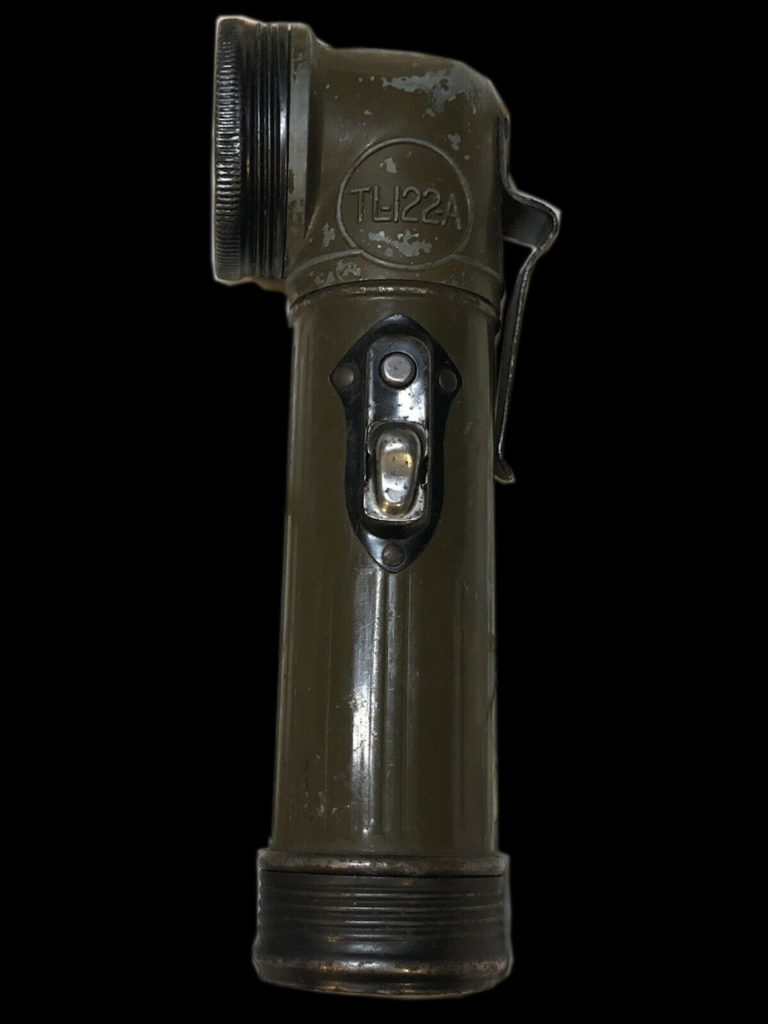 Some of the WWII lamp lights still work. 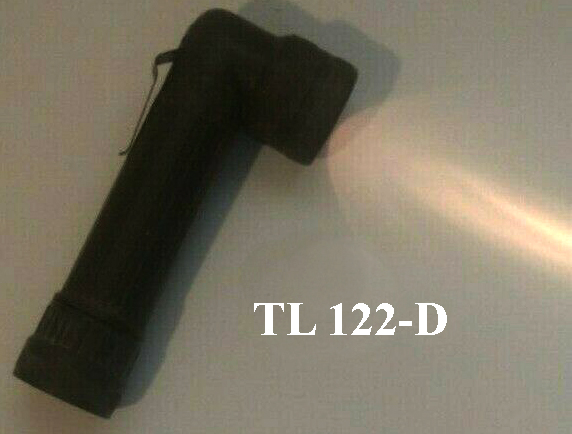 These flashlights are still made today but have significantly changed as to render them obviously incorrect for WWII. 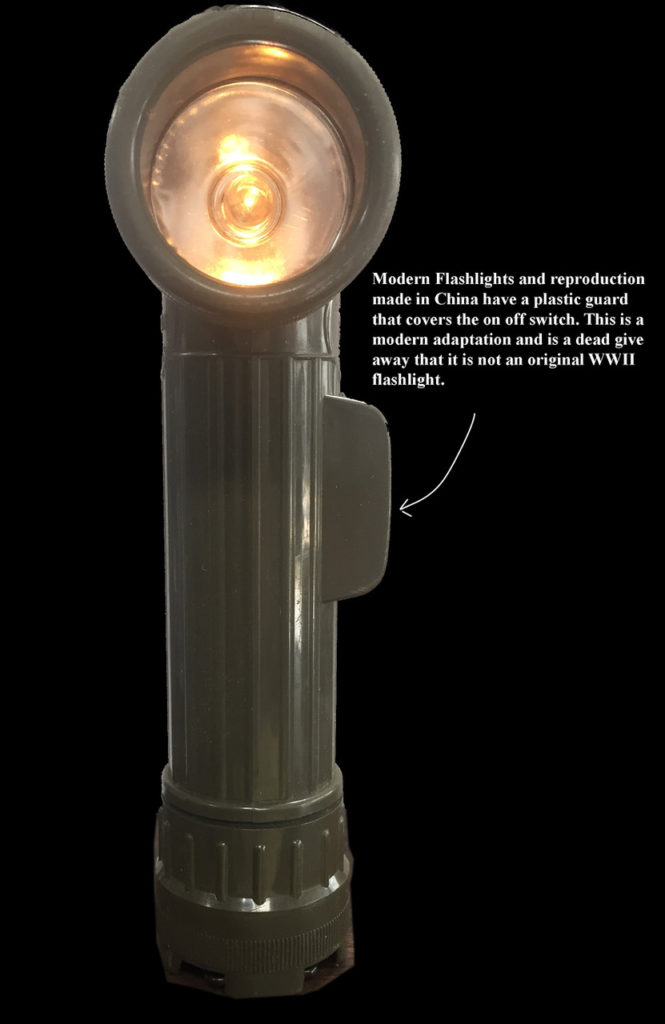 We have quite a few of the post WWII flashlights and most of them work. They take two standard D cell batteries. 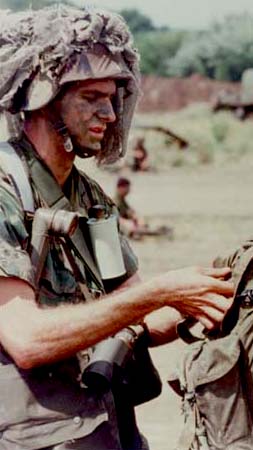 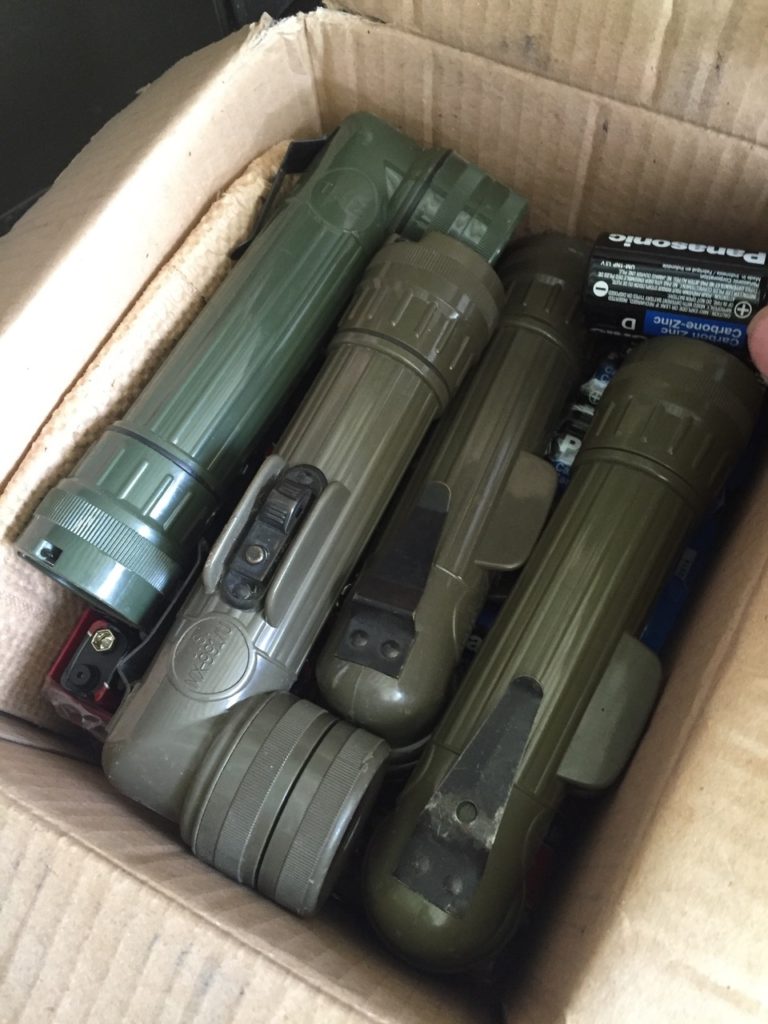