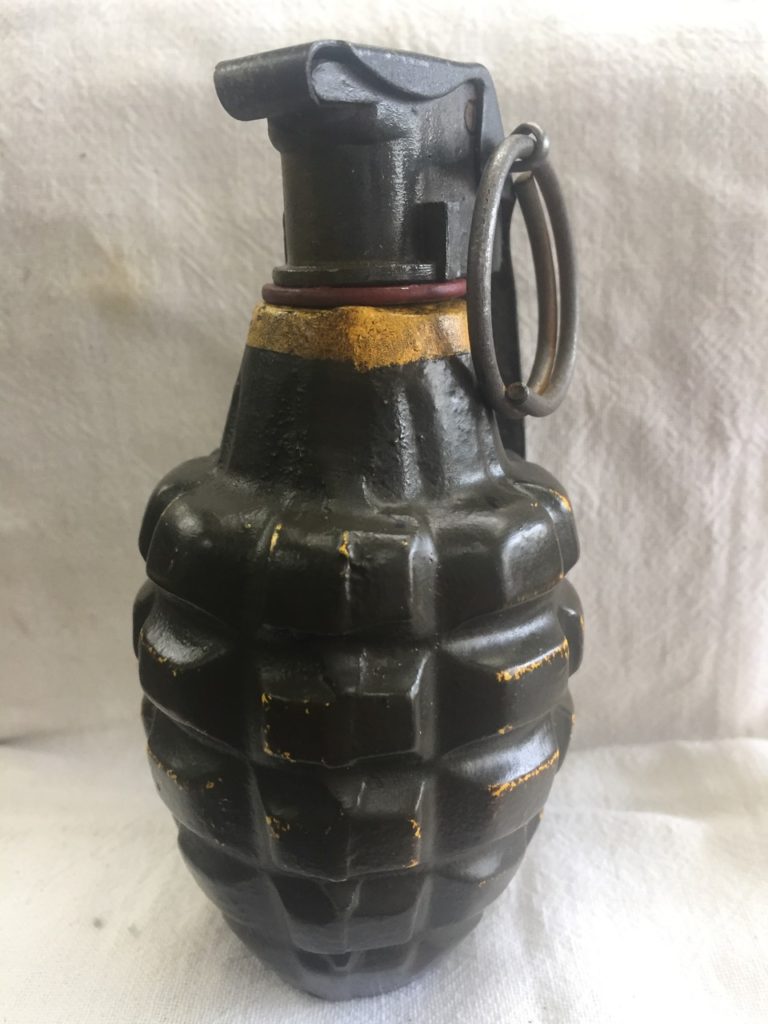 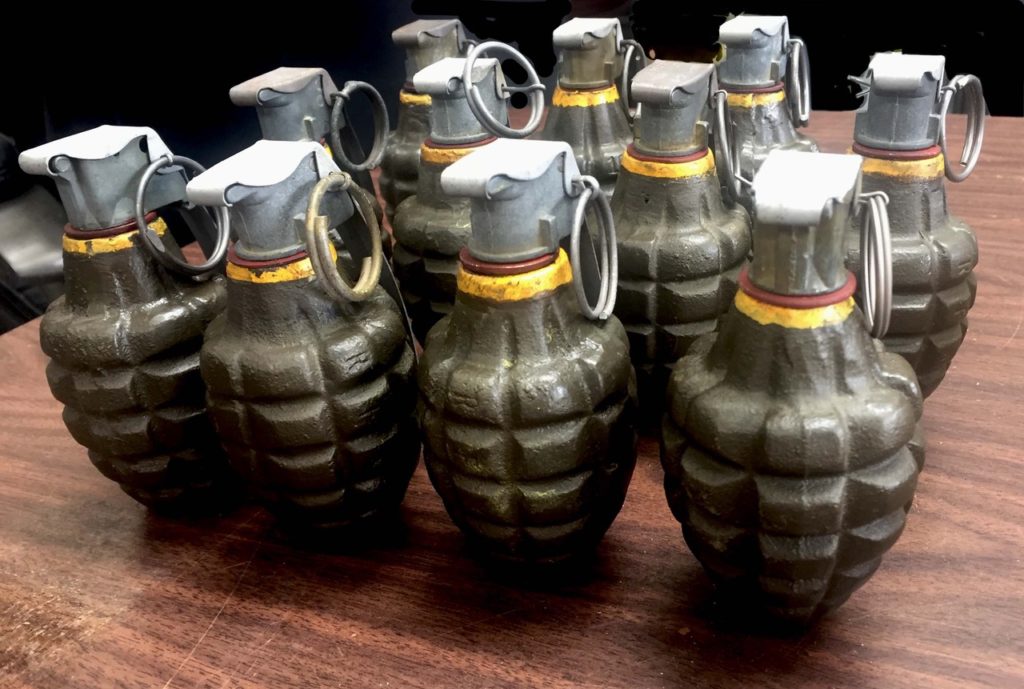 We have reproduced an exact copy of the WWII hand grenade. Ours are inert and can not be made to explode and are perfectly safe. Unless, of course, you drop one on your foot.

A few of these were used in a recent 90 million dollar movie production to enhance the authenticity of a sot inside a communication tent. 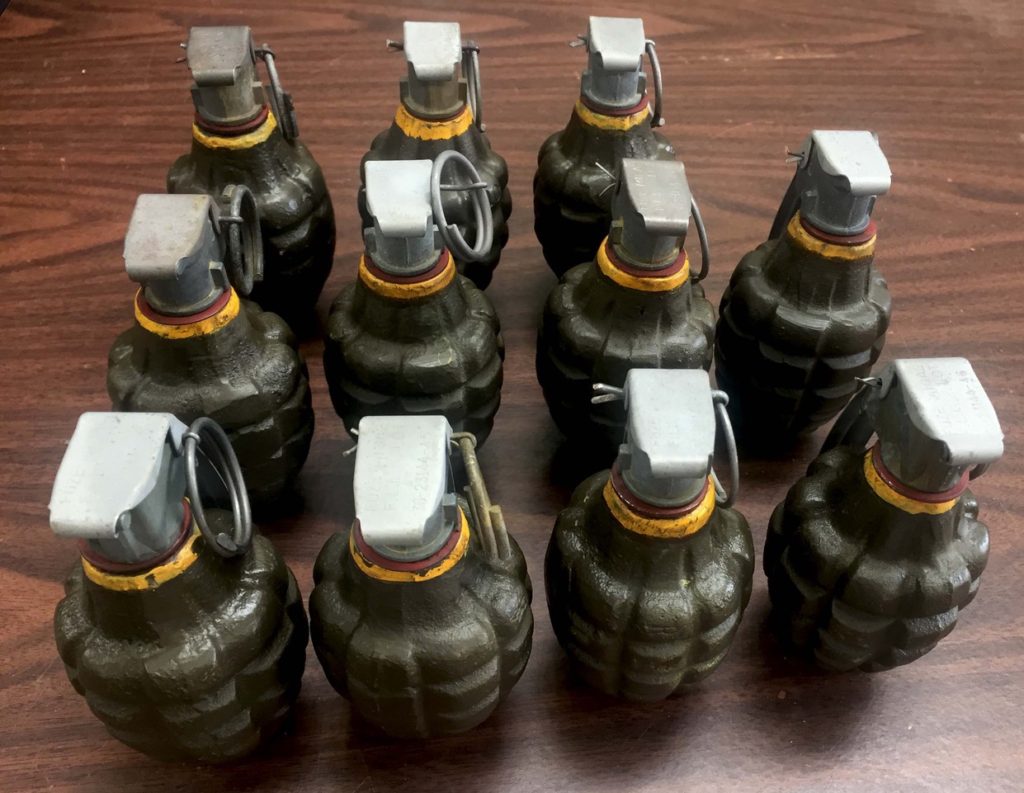 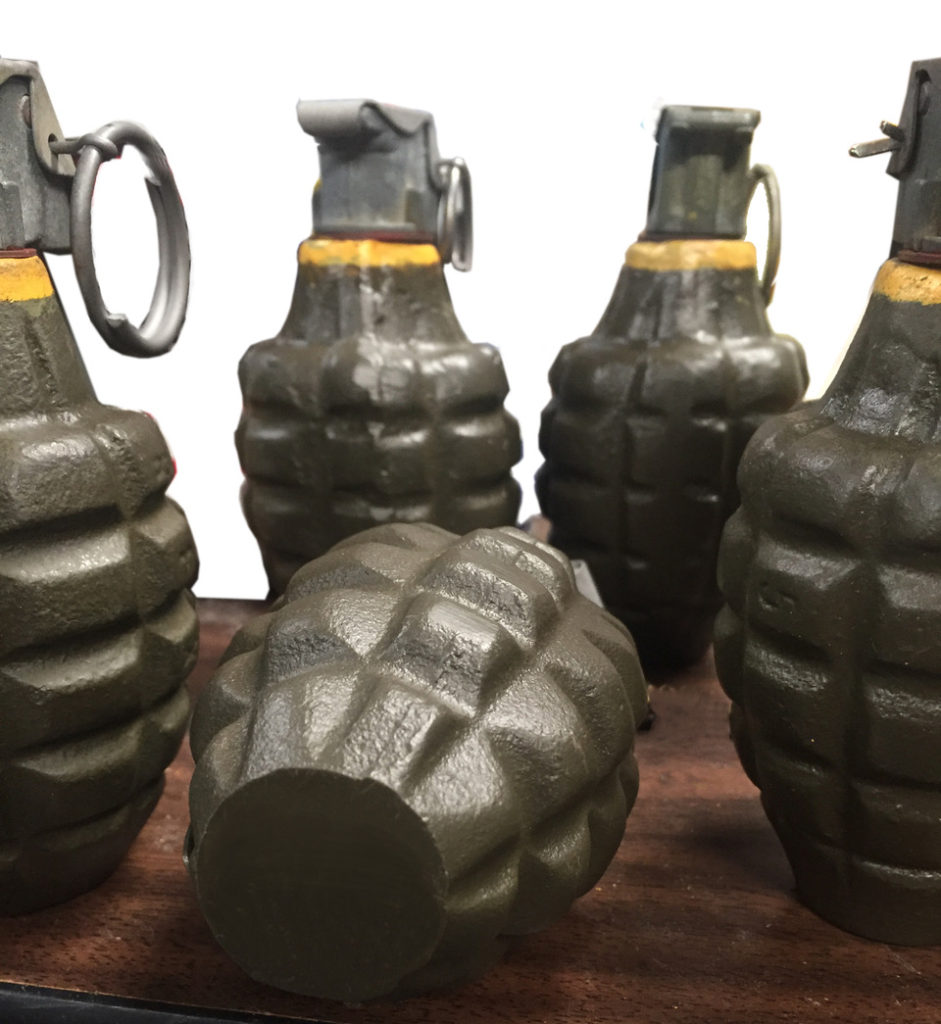 We plug the bottom with epoxy and painted them based off an original in our collection.

We used inert original WWII fuses on our highly accurate reproduction. These are to enhance the set and actors uniforms. 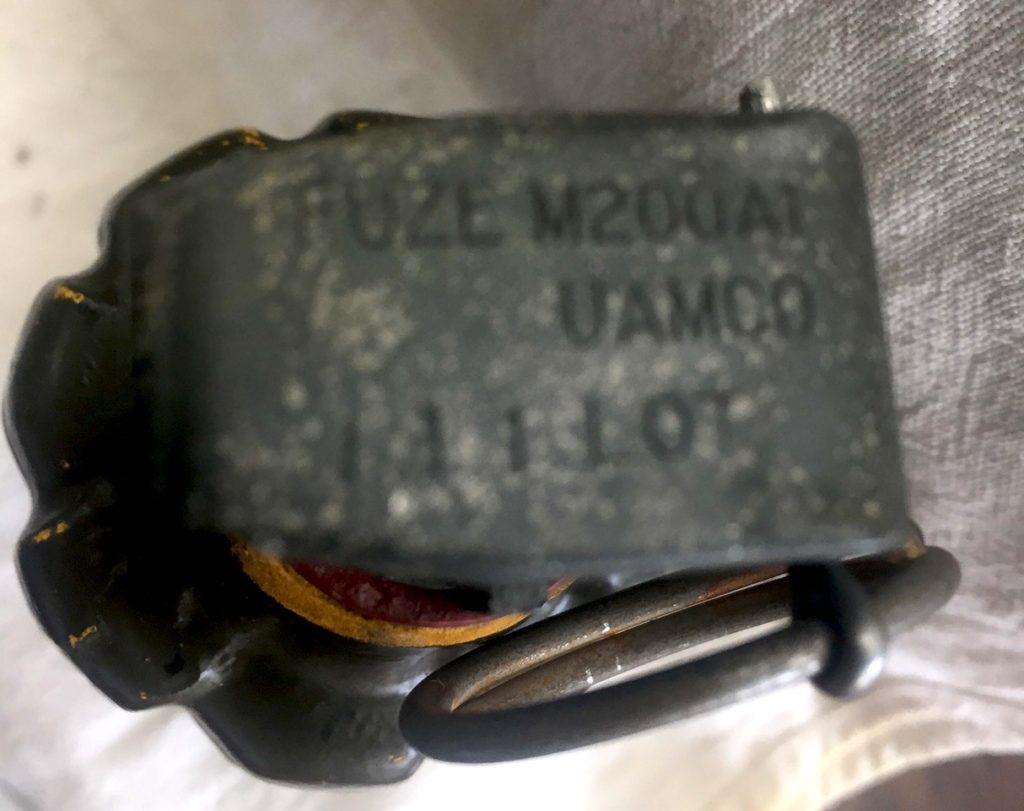 We have a combat version that uses later fuses and metal cast iron bodies for in the field filming. Quantities by request. 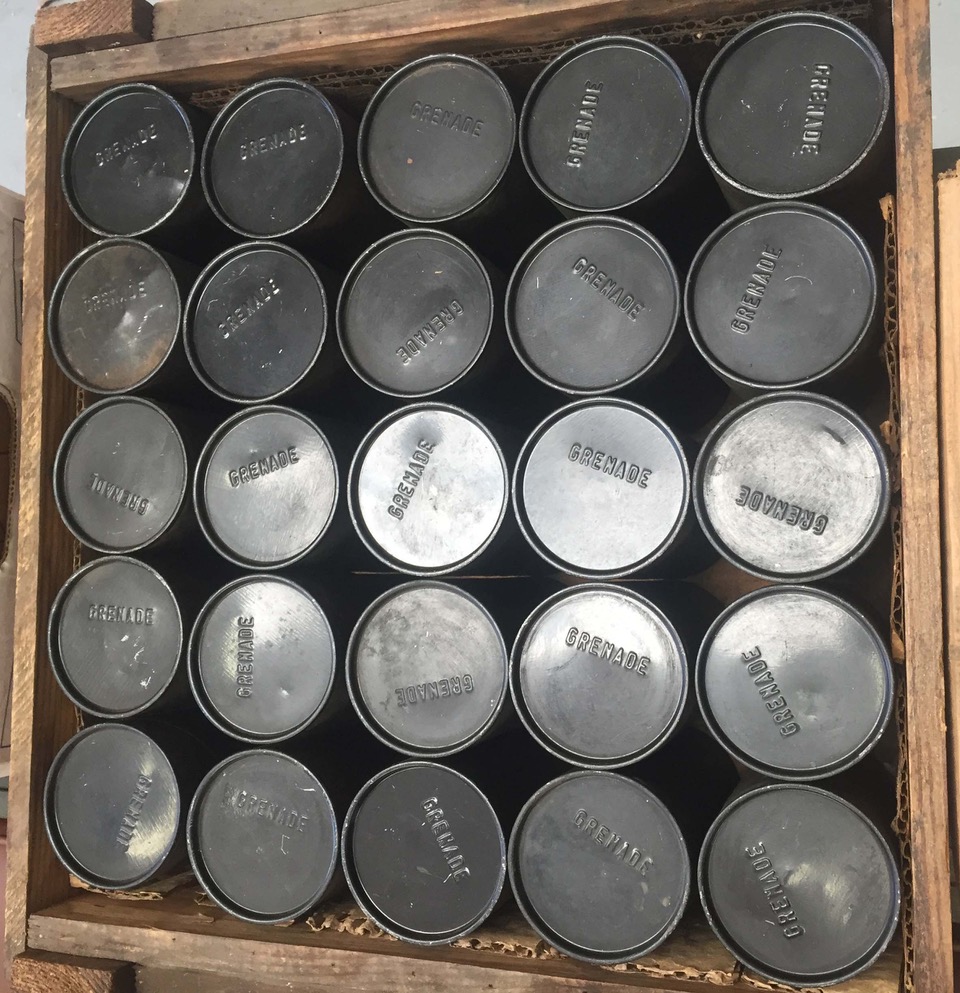 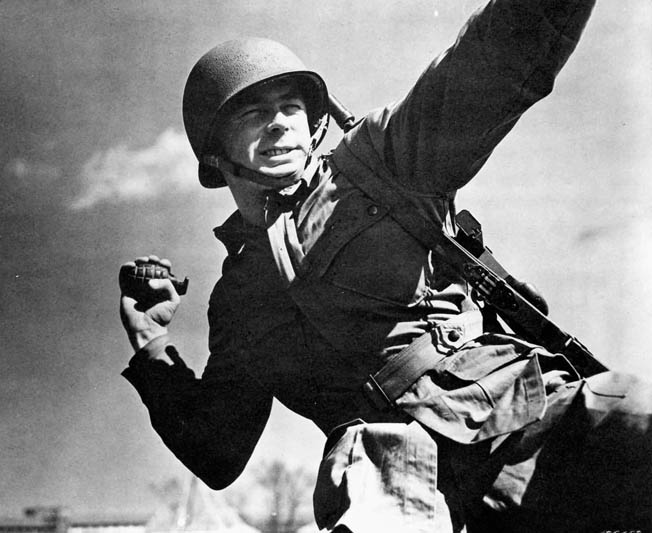 The Mk 2 grenade (initially known as the Mk II) is a fragmentation type anti-personnel hand grenade introduced by the U.S. armed forces  after 1918 to replace the MKI. It was the standard issue anti-personnel grenade used during World War II, and also saw limited service in later conflicts, including the Korean War and Vietnam War. Replacing the failed Mk 1 grenade of 1917, it was standardized in 1920 as the Mk II, and redesigned the Mk 2 on April 2, 1945.

The Mk 2 was gradually phased out of service as the M26-series (M26/M61/M57) grenade was introduced during the Korean War. Due to the tremendous quantity manufactured during World War II the Mk 2 was still in limited issue with the US Army and US Marine Corps throughout the 1950s and 1960s. The U.S. Navy was one of the last users of the Mk 2 when it was finally withdrawn from U.S. military service in 1969, replaced with the M33 series (M33/M67).