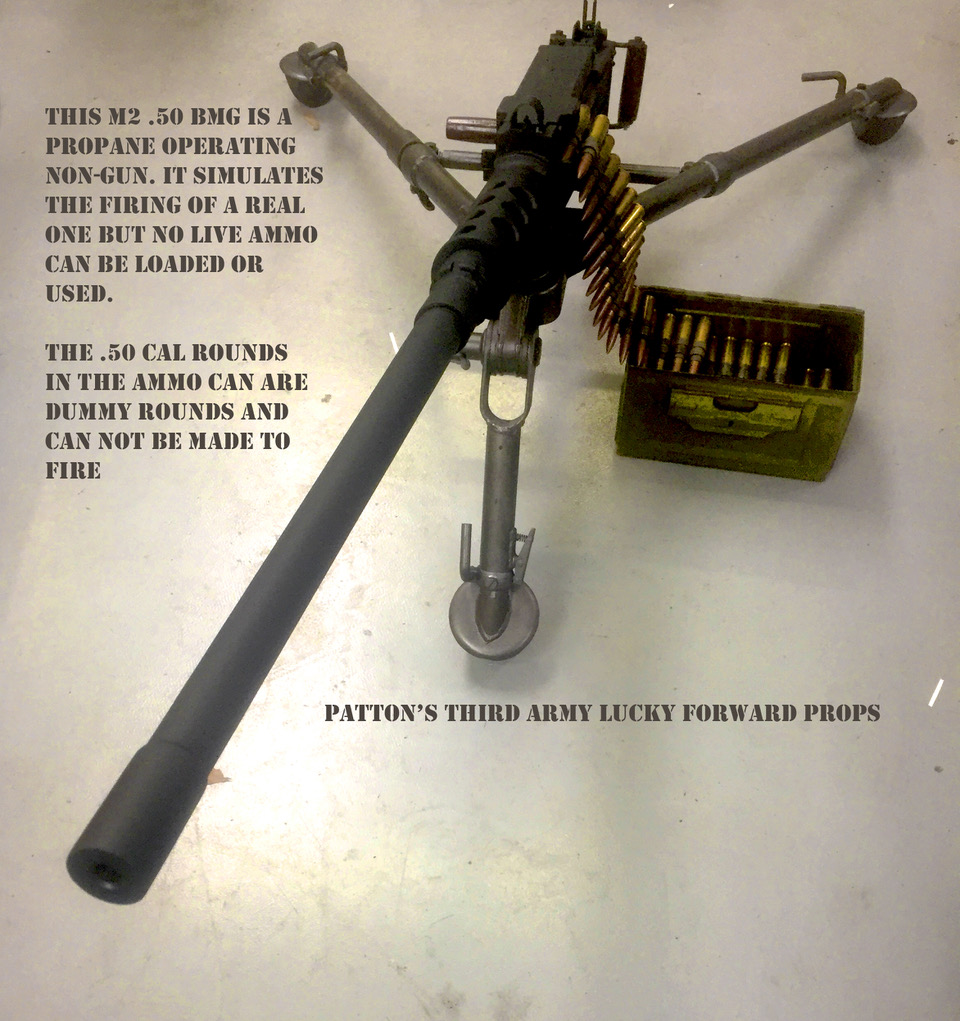 This simulates the real MA Duce (M2)of WWII which has been in continuous use since it was first developed between 1921 to 1933. They would then enter military service and they remain in service today. We feature three of these as non-firing propane guns. 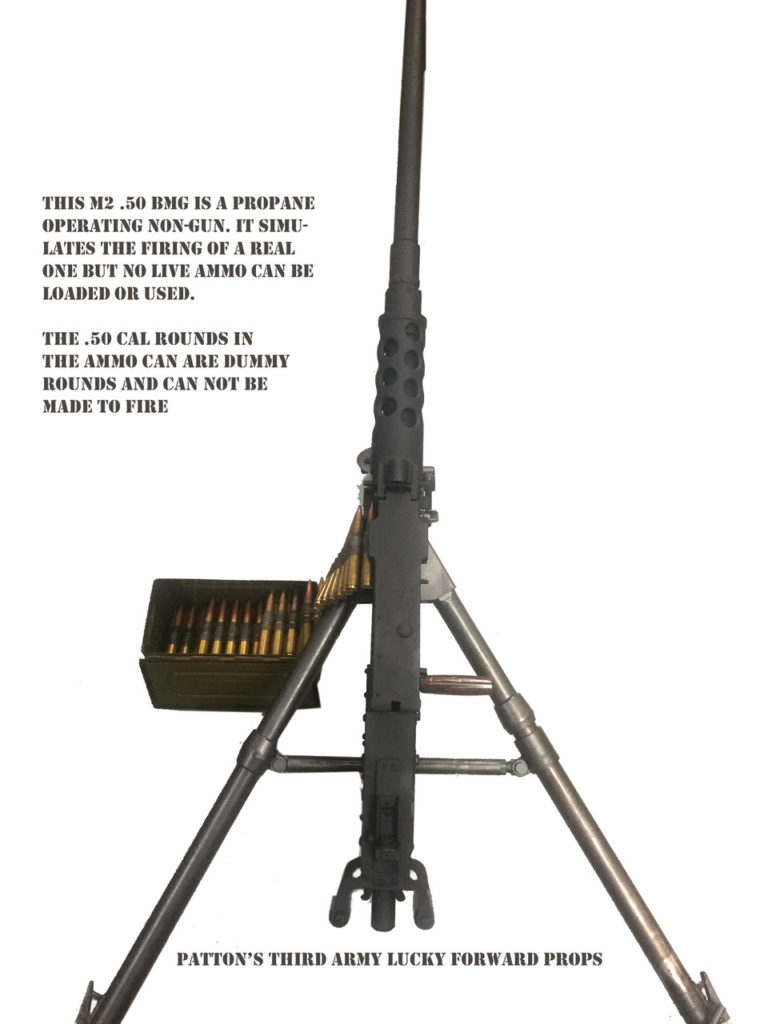 They look and sound like the real thing. They cannot be loaded with live ammunition of any kind. They fire using a motherboard, solenoid, sparkplug and a mixture of propane and oxygen. They use a battery to operate the mother board.

Here is one of our technicians fire the propane .50 Cal M2

We provide dummy rounds and all it takes to operate them. We accompany these when rented. Texas renters only unless prior arrangements can be made. All local state and federal laws must be followed in the region of the film production.

The Browning M2 is an air-cooled, belt-fed machine gun. The M2 fires from a closed bolt, operated on the short recoil principle. The M2 fires the .50 BMG cartridge, which offers long range, accuracy, and immense stopping power. The closed bolt firing cycle made the M2 usable as a synchronized machine gun on aircraft before and during World War II, as on the early versions of the Curtiss P-40 fighter. The M2 is a scaled-up version of John Browning’s M1917 .30 caliber machine gun.

The M2 has varying cyclic rates of fire, depending on the model. The M2HB (heavy barrel) air-cooled ground gun has a cyclical rate of 450–575 rounds per minute.

The M2 has an effective range of 1,830 metres (2,000 yd) and a maximum effective range of 2,000 metres (2,200 yd) when fired from the M3 tripod. In its ground-portable, crew-served role as the M2HB, the gun itself weighs 84 pounds (38 kg) and the assembled M3 tripod another 44 pounds (20 kg). In this configuration, the V-shaped “butterfly” trigger is located at the very rear of the weapon with a “spade handle” hand-grip on either side of it and the bolt release in the center. The spade handles are gripped and the butterfly trigger is depressed with one or both thumbs.

When the bolt release is locked down by the bolt latch release lock on the buffer tube sleeve, the gun functions in fully automatic mode.