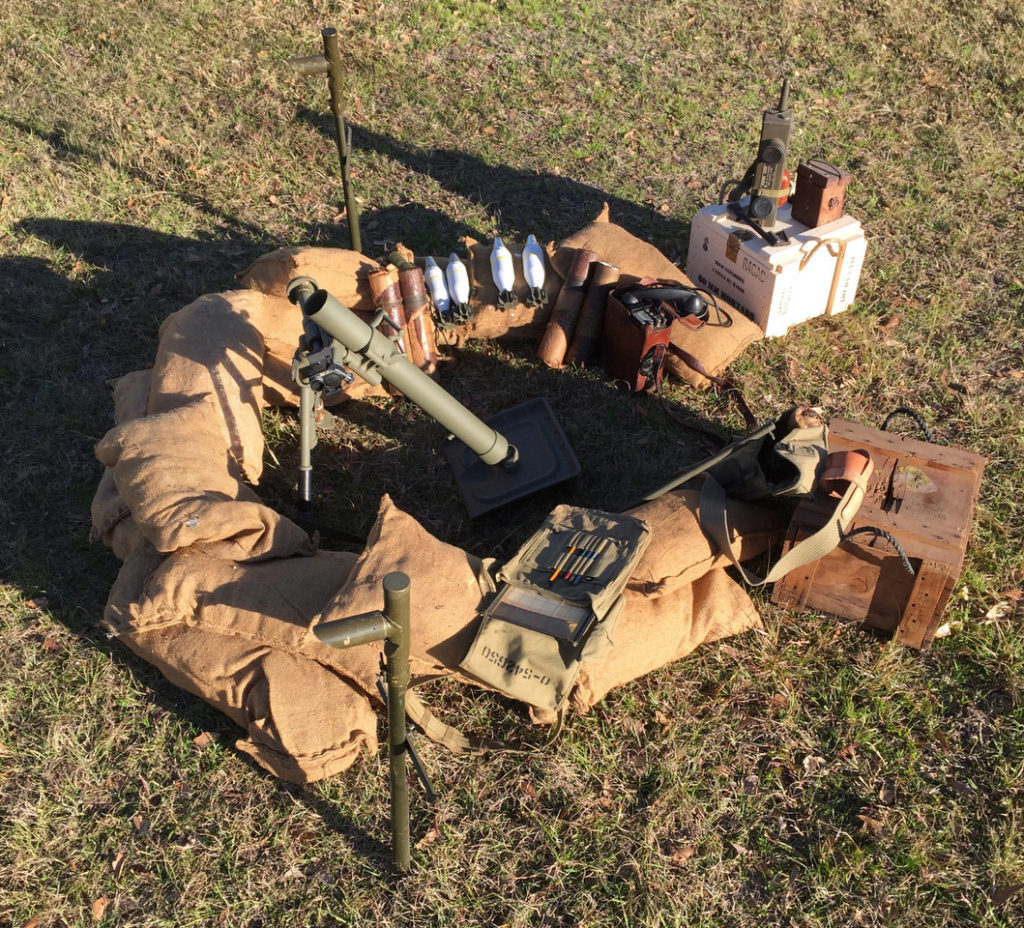 We offer an inert WWII original 60 mm mortar and all of its components.

This is a non-firing museum quality display piece suitable for a museum or movie prop to dress up the combat lines. It comes with fully accurate inert 60 mm rounds. (sandbags not included) 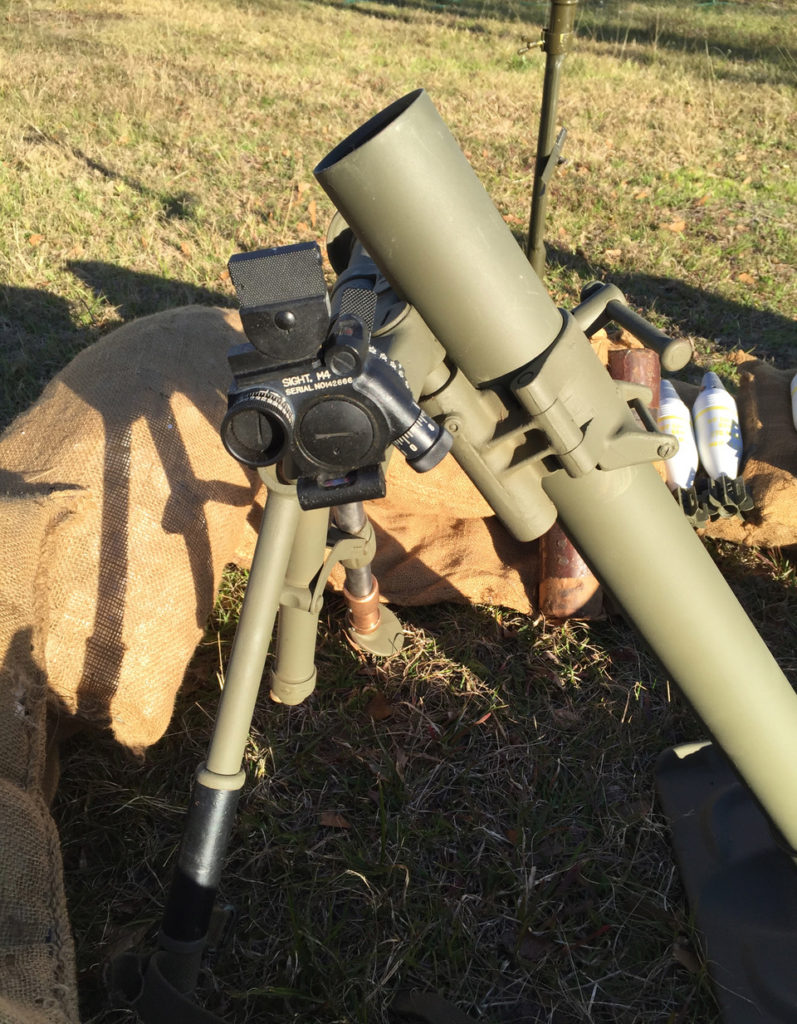 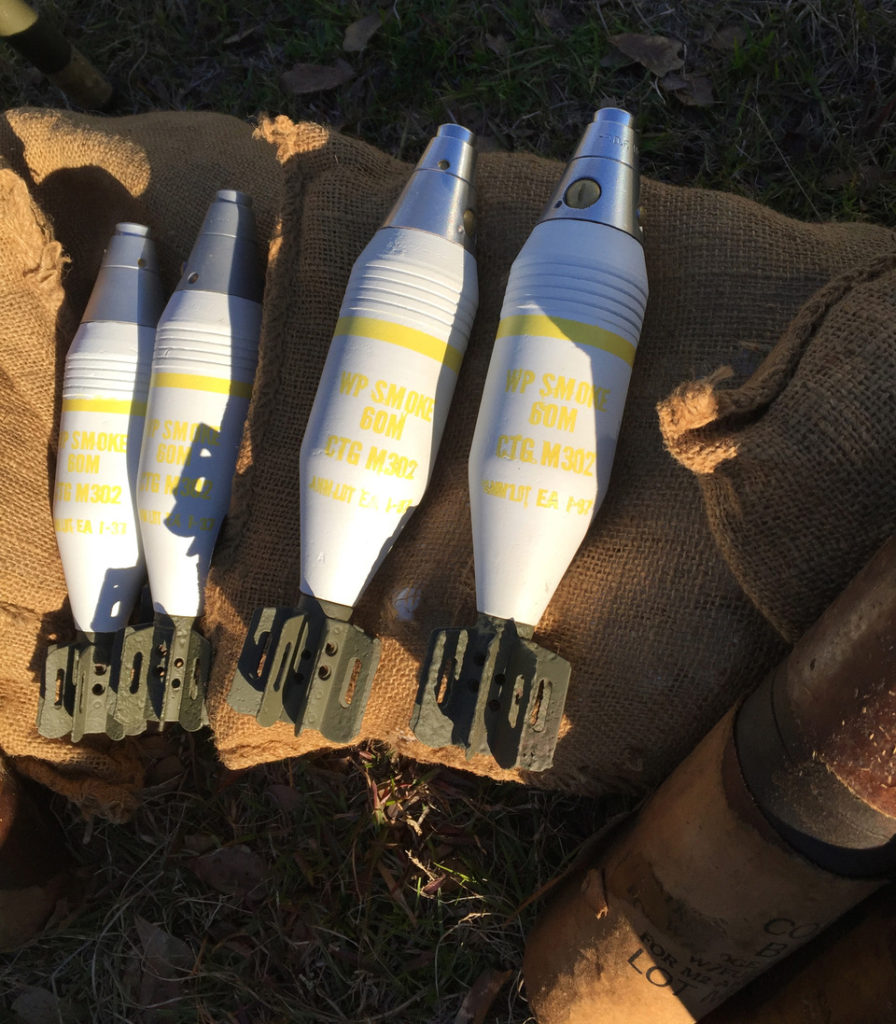 Before a complete restoration the markings were documented

A total restoration of the equipment was undertaken All rounds are totally inert and have no working fuses. 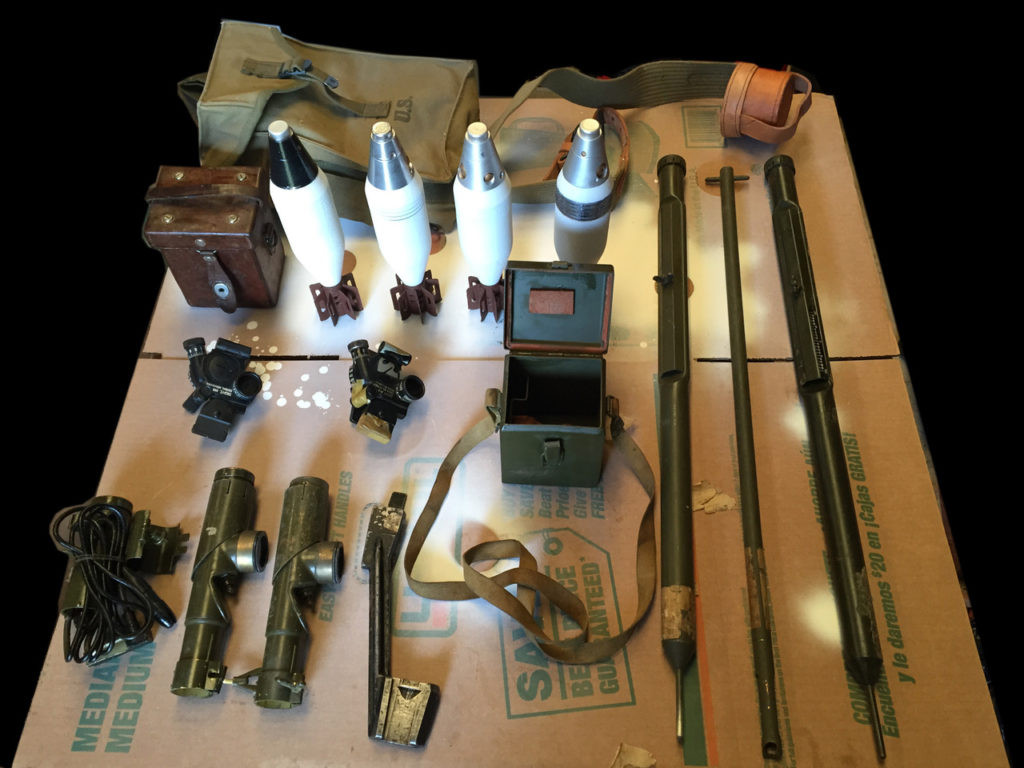 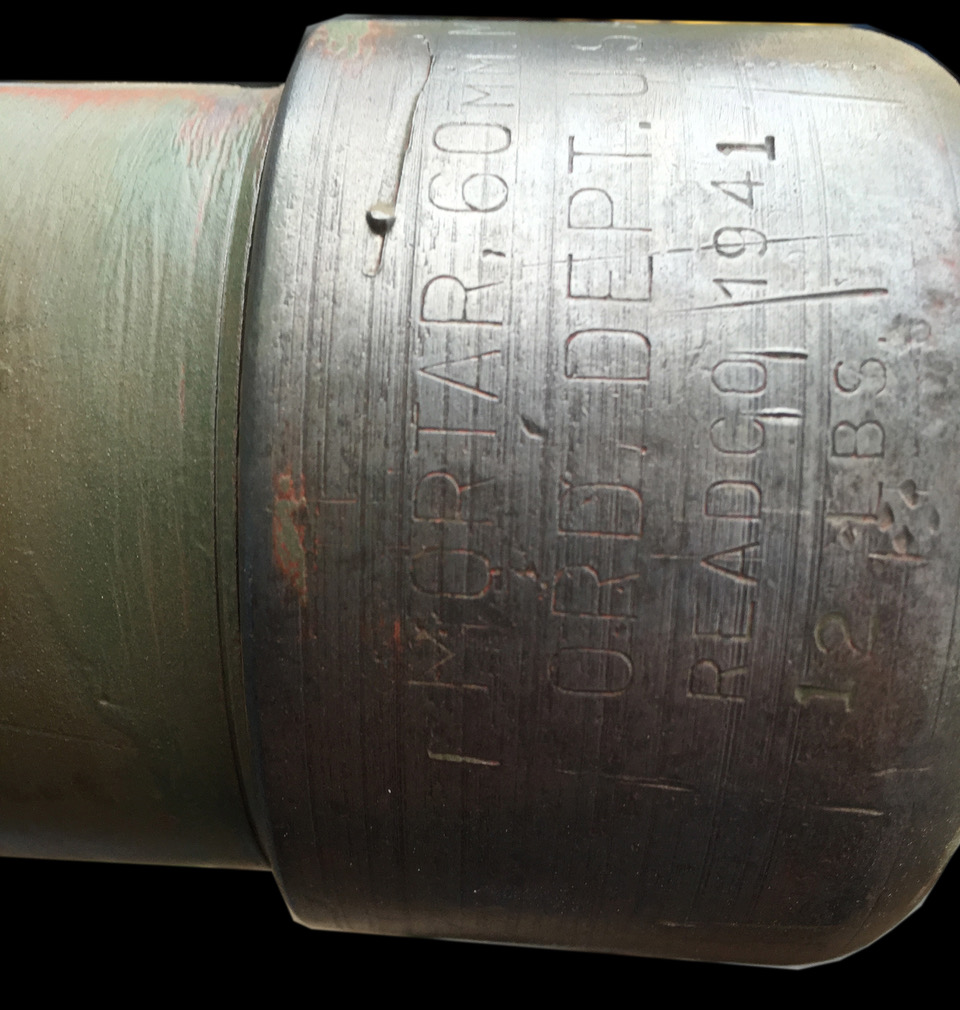 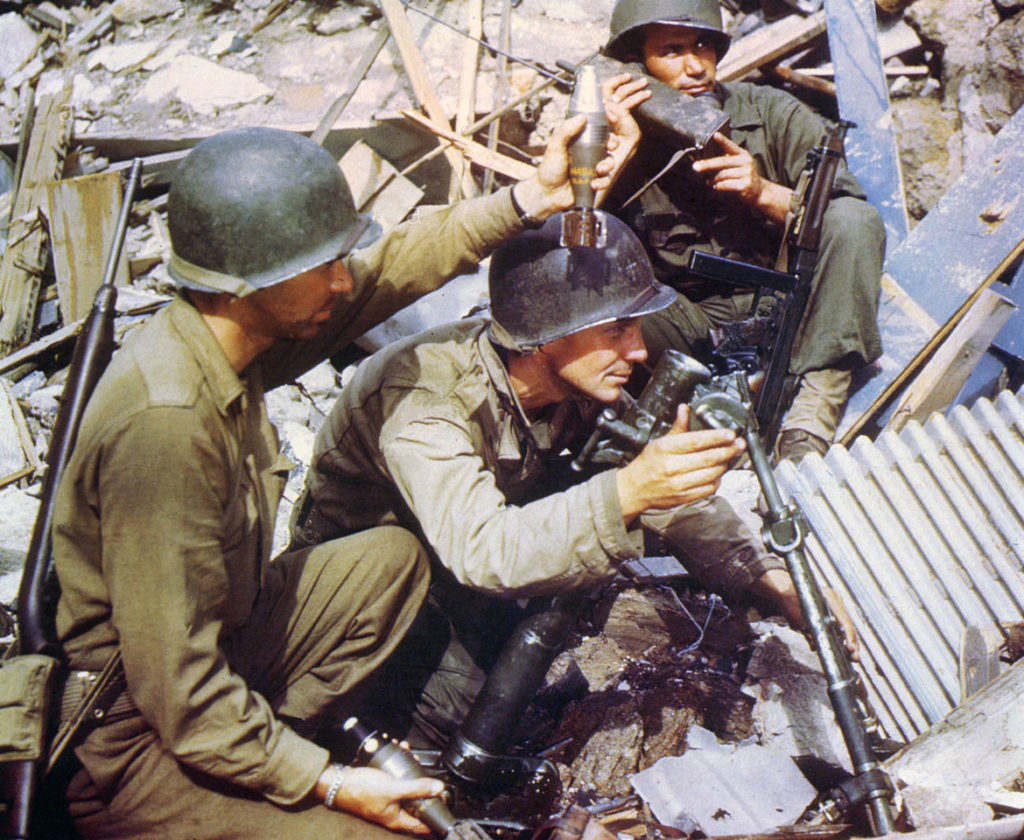 Historical Use and Operation (prop rent only not for sale)

This weapon was used throughout World War II by the U.S. Army and U.S. Marine Corps. It saw service again in the Korean War and into Vietnam. Each mortar shell had a screw-on cap in its base. Inside the hollow in the tail, it contained a 20-gauge M5A1 Ignition Cartridge. This was a paper shotgun shell filled with ballistite powder. The mortar had a firing pin in the bottom of the tube. When the shell was dropped down the tube, the firing pin struck the Ignition Cartridge in the shell’s tail, detonating it. When the cartridge detonated, the explosive gases exited the base of the shell through two bleed holes. This propelled the shell out of the tube in an arc. Unassisted, the mortar shell had a range of about 200 to 325 yards. 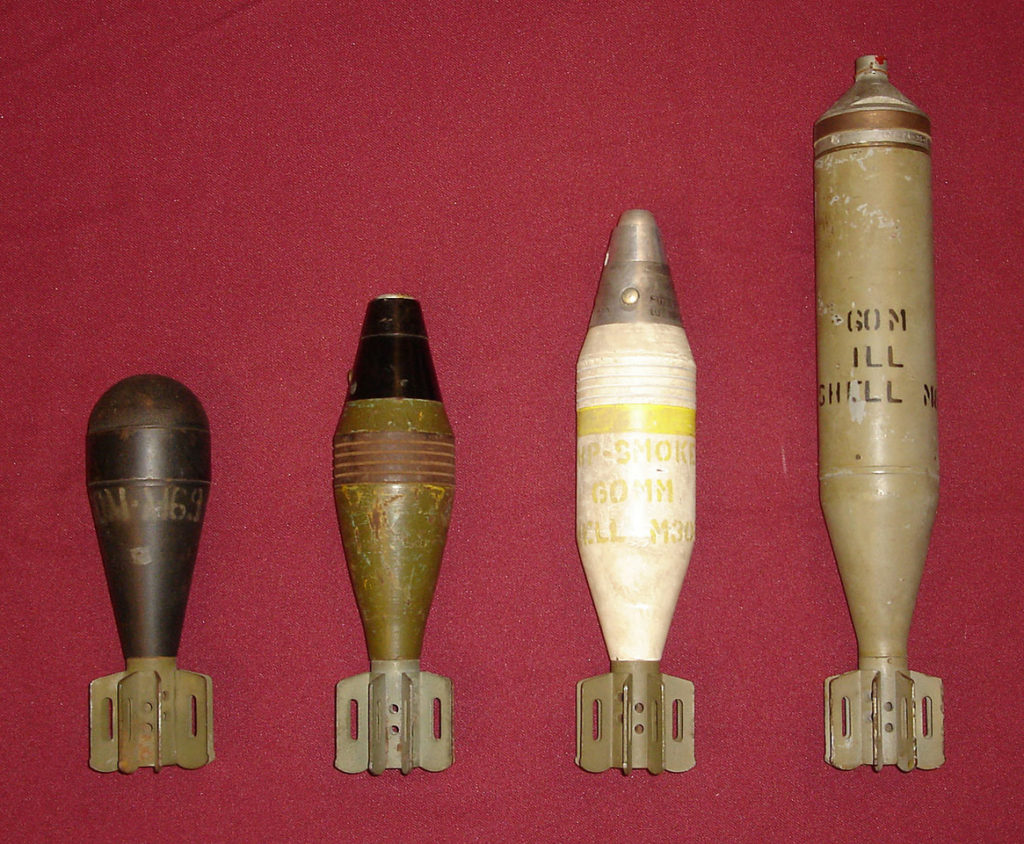 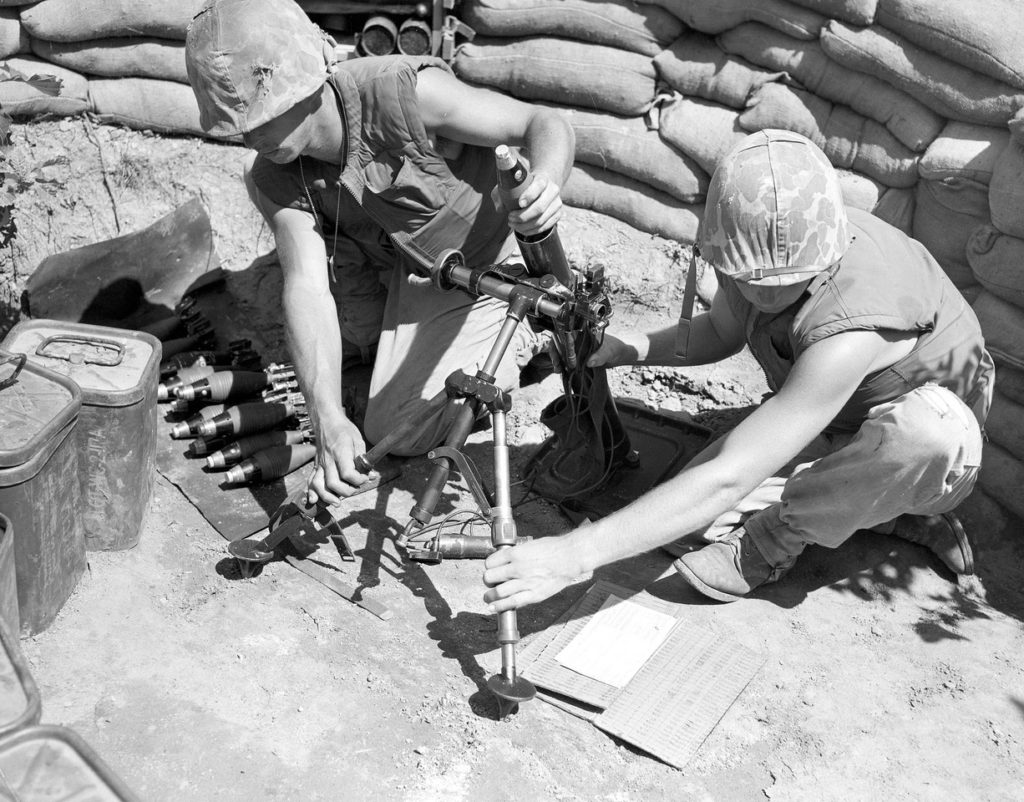