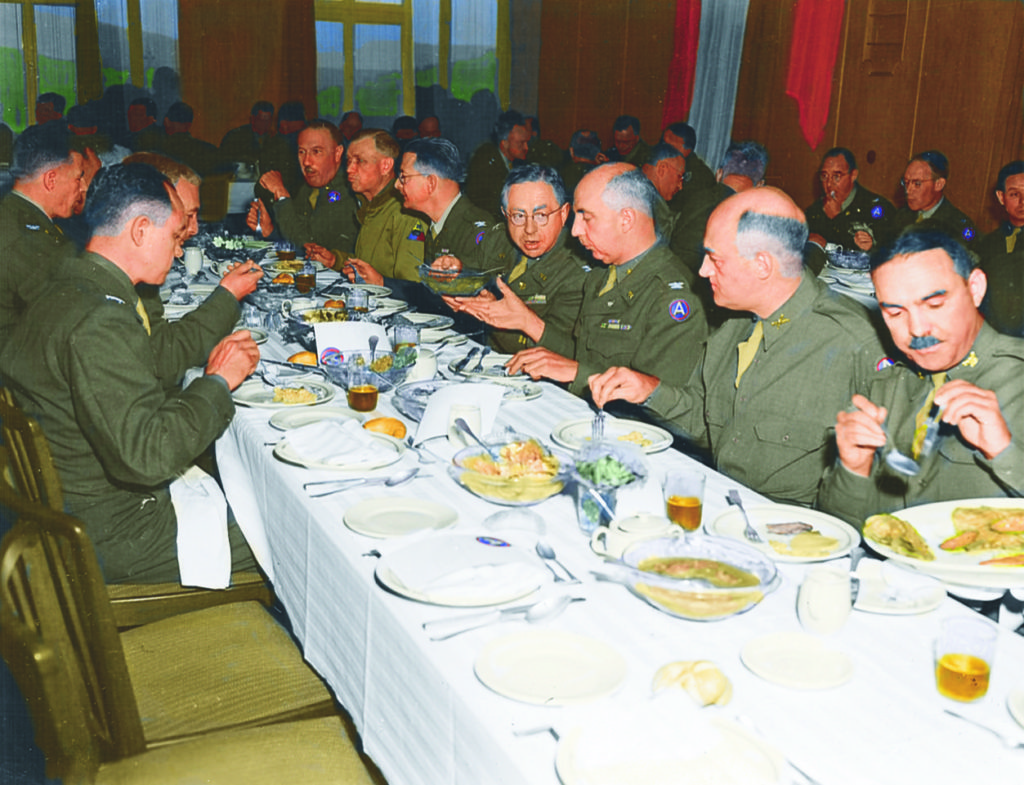 There were times that high ranking officers participated in dinning where they were required to participate in formal military etiquette. The armed services high command of WWII favored a formal silver service. It was available for purchase and was found in both the US Navy and the US Army high Commands.

The formal silver service associated with many high commands and with General Patton was made by Chrisofle and was called “Atlas.” The pattern came out in 1938 and the designer was Luc Lanel, who still worked for Chrisofle in 1938. General Patton bought a complete serving set for his formal mess. He paid for it out of his own personal funds. Based on the seven pieces pictured in the Library of Congress, Patton Papers, he purchased for $300, he would have had a dinning set capable of serving his own formal officer’s mess.  A $300.00 service set in 1945, discounted in real value for war purchases, would be the equivalent of todays money of $4,486.00. This would have served quite a few at one time. Our Silver Atlas Silver service is valued much higher. 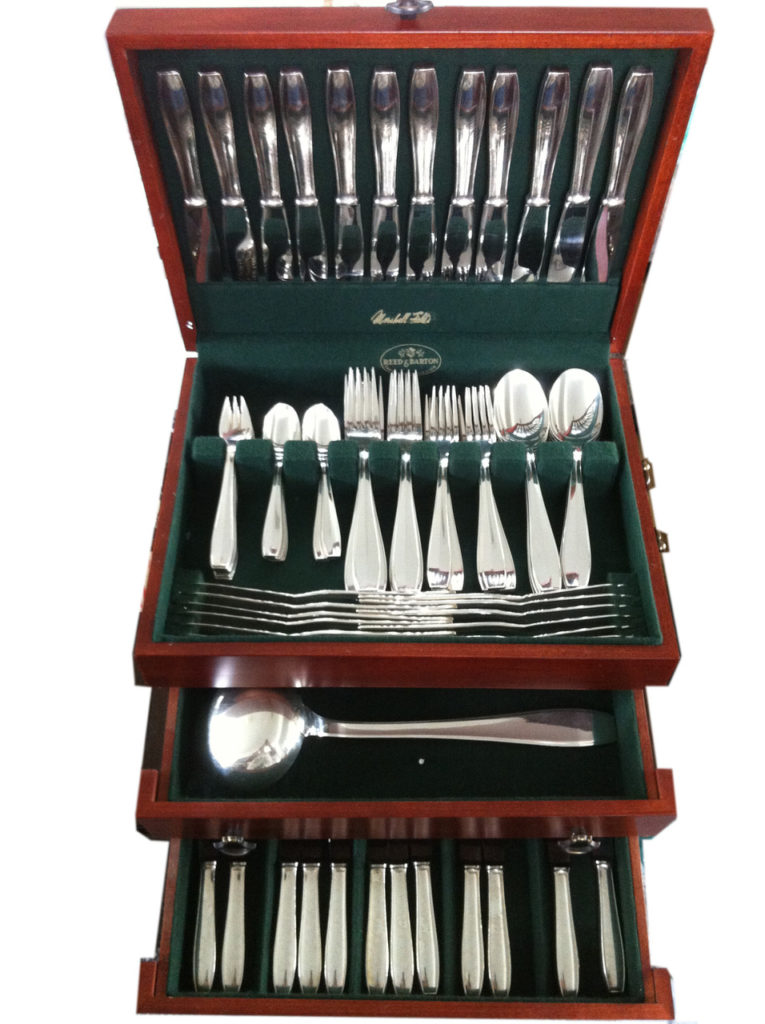 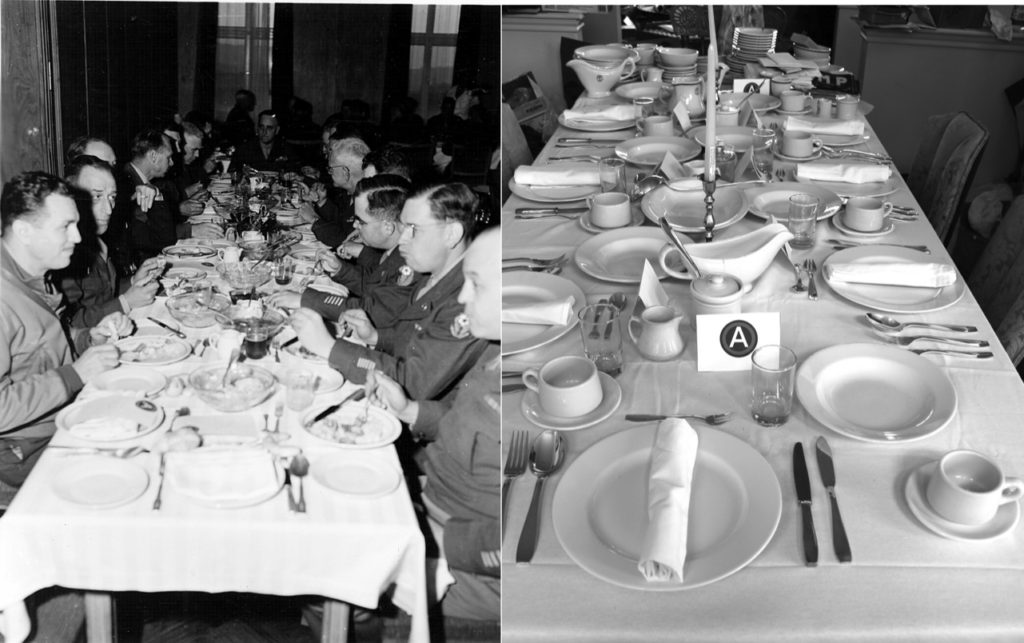 We offer the same formal mess as was seen at General Patton’s formal mess. This involves a lot of preparation. 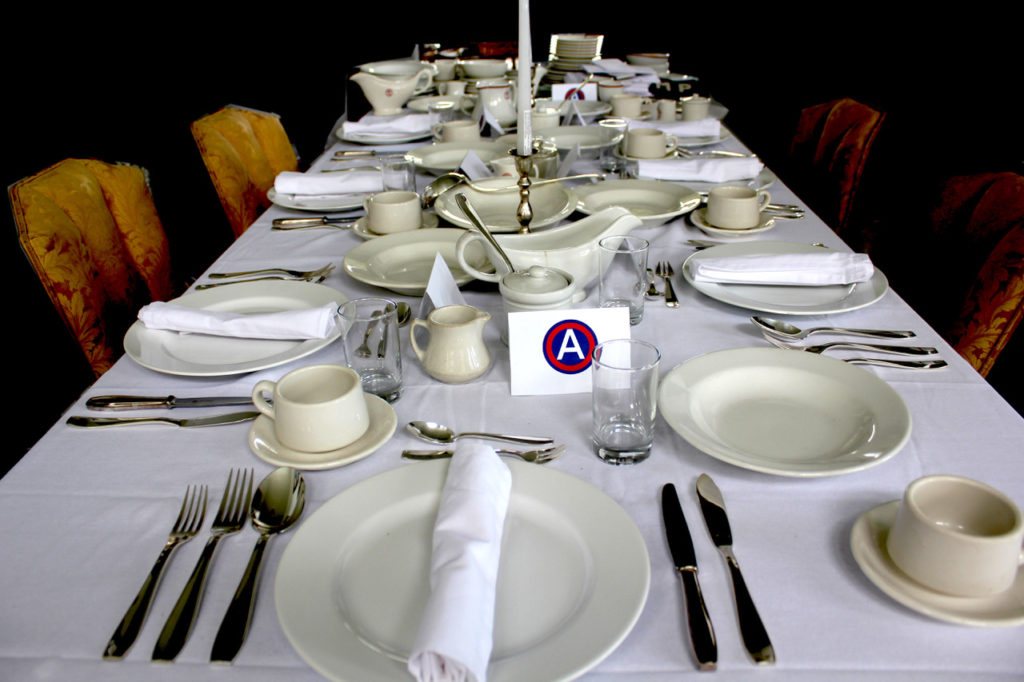 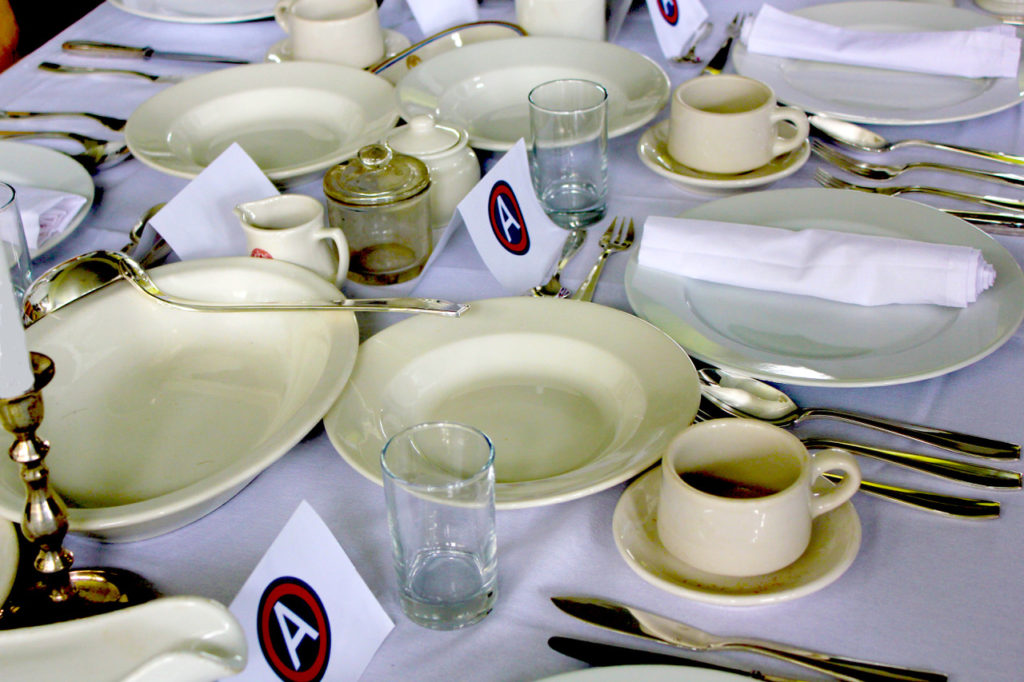