This is a military issue phonograph designed to play vinyl 78 rpm Rotations per a minute recordings. 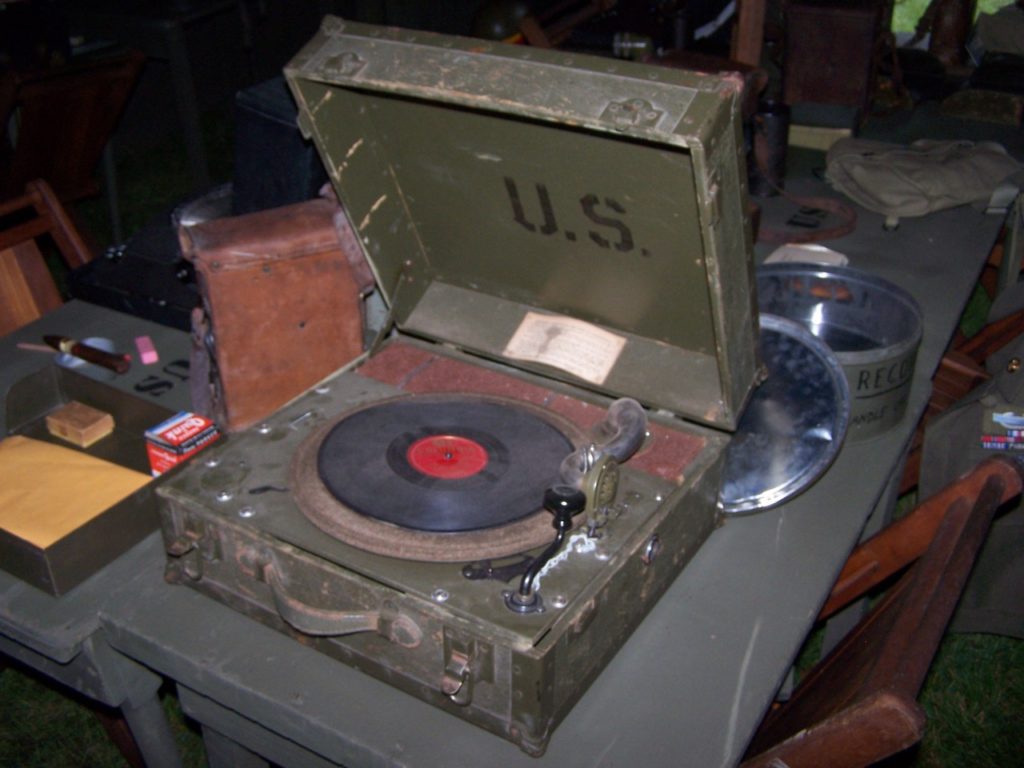 It is spring wound with a crank and the turntable turns. The needle is placed in the grove of the record and you can play one song per a side. The mechanism is fragile and the records will break if dropped.

We have a few playable records.

History of the 78 Record

Any flat disc record, made between about 1898 and the late 1950s and playing at a speed around 78 revolutions per minute is called a “78” by collectors. The materials of which discs were made and with which they were coated were also various; shellac eventually became the commonest material. Generally 78s are made of a brittle material which uses a shellac resin (thus their other name is shellac records). During and after World War II when shellac supplies were extremely limited, some 78 rpm records were pressed in vinyl instead of shellac (wax), particularly the six-minute 12″ 78 rpm records produced by V-Disc for distribution to US troops in World War II. 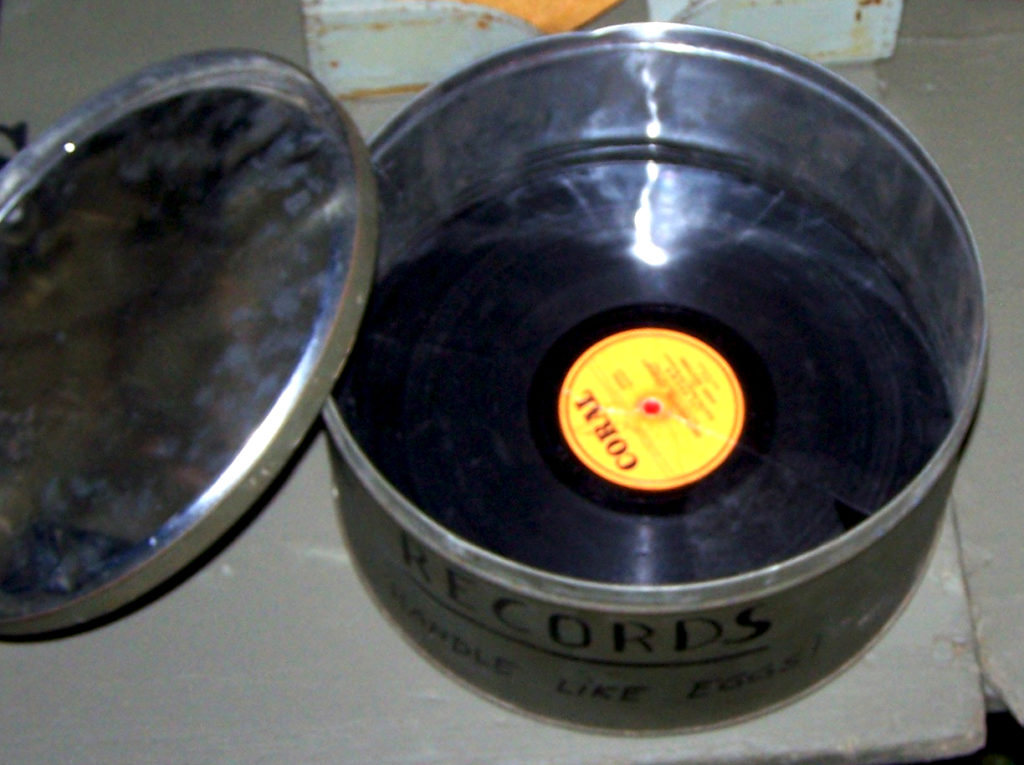