The 3rd Army Living Historian Exhibit is set up to resemble the original Lucky Forward’s War Room of Patton’s forward headquarters in 1944. Set up in the war room tent is one of the finest exhibitions you can find anywhere in the world. This was truly a world class exhibition and dwarfs what is found in museums all over the world. The War room in this form made it’s debut at the 6th Cavalry Museum on September 3, 2011. This exhibit has been several years in the making and has steadily grown. Prior to For many weeks earlier MSgt Maloney, Cpl Dan Vreeland, TSgt Bill White, Col. Manning and Denny Hair (General Patton) have been working on all the little details that make it look like it was used by the real troops of Third army and that they had just walked off. There was quit a bit of detail work done. Col. Manning even found two dated World War Two fire extinguishers for the War Room. There are some very hard to find radio chest, original with the original dated WWII radios set up in the War Room. Either original, or exact reproductions, were obtained of cigarette packages, matches, post cards, tobacco cans, ash trays, type writers, pencils, clip boards, ink blotters, and anything that would have been sitting on the desks and radio chest as of August 1, 1944 . It was on this date that The Third United States Army became operational under the command of General George S. Patton Jr. 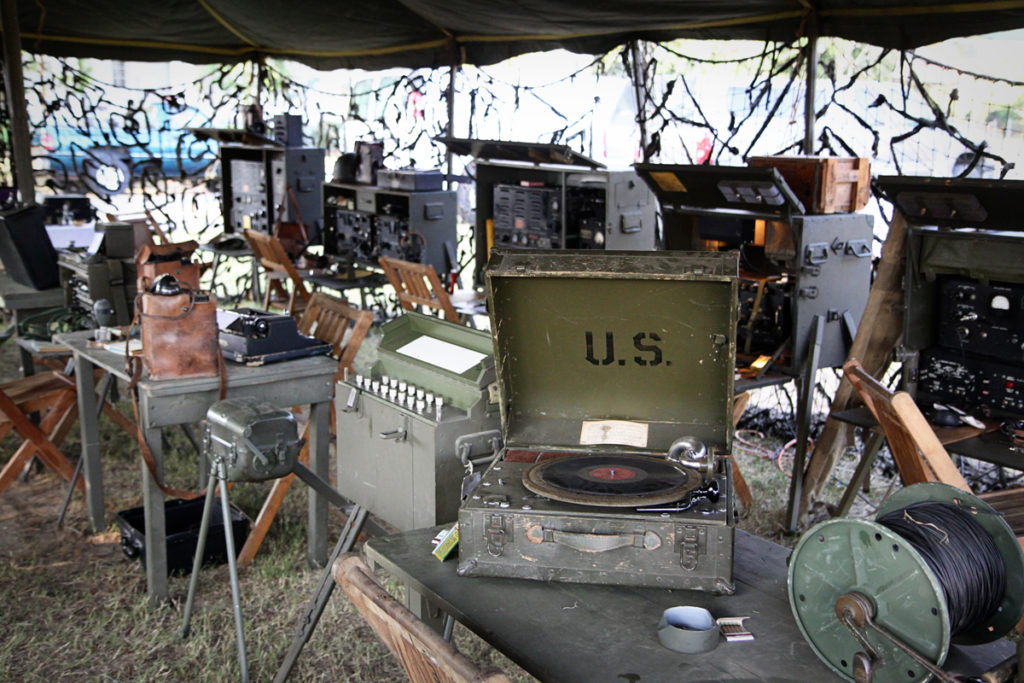